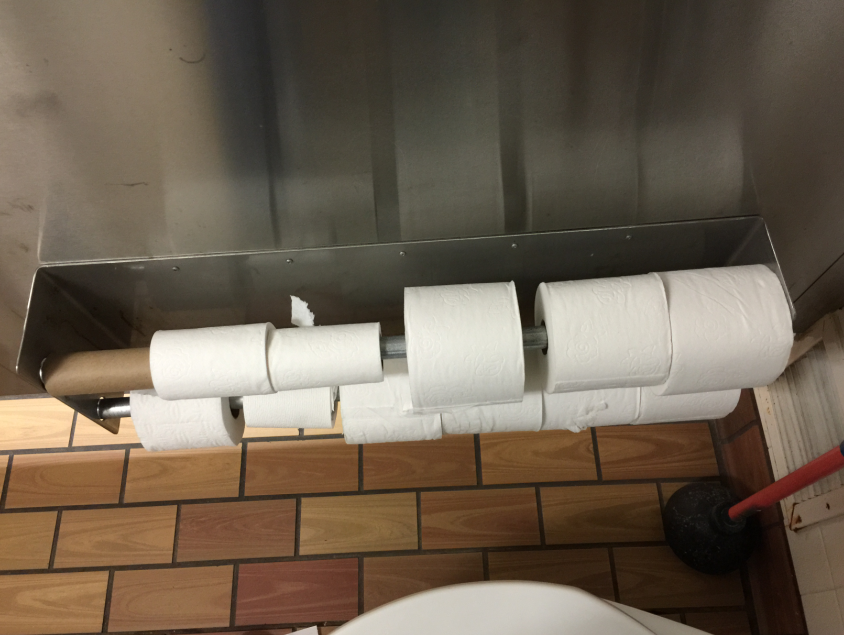 Picture these contenders for the 2016 Republican Presidential nomination, each with his own roll.  (Listed in alphabetical order.)

In this case, the first to reach the cardboard tube should probably decide to bow out of the race.

Or toilet paper manufacturers could research color preferences, if they ever decide to go that route again.

But you'd have to triple the number of "bath-towels colors" that Delsey offered once upon a time.