The poll, which explored Americans’ opinions on a wide range of economic and financial issues, found that only 64 percent of respondents said they still believed in the American dream, the lowest result in roughly two decades. Even near the depth of the financial crisis in early 2009, 72 percent of Americans still believed that hard work could result in riches. 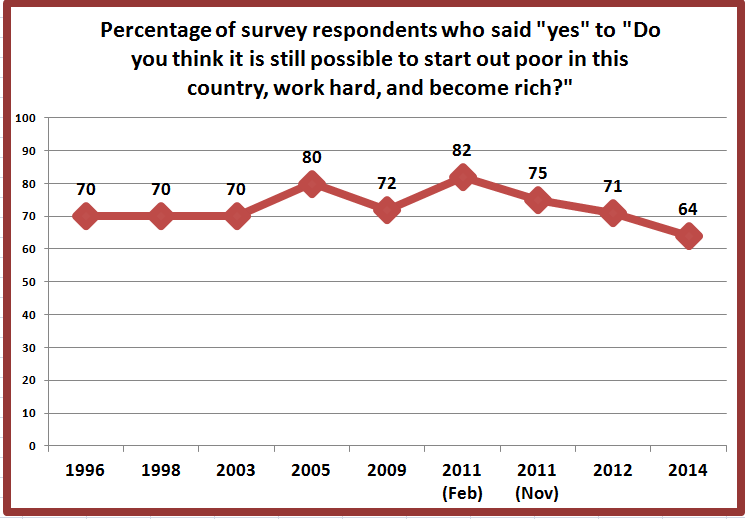 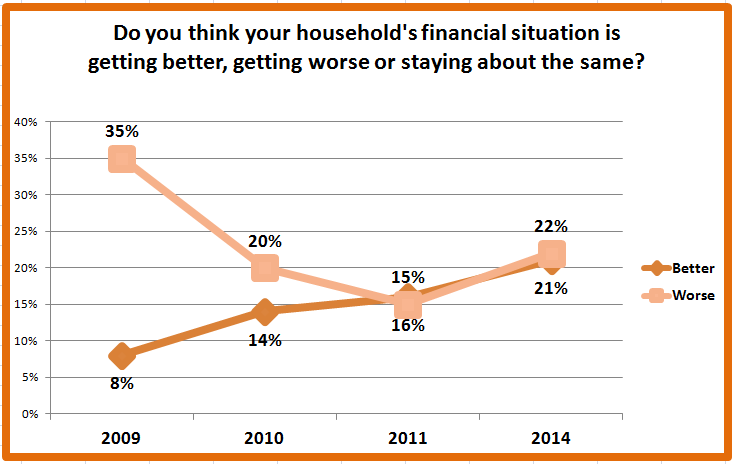