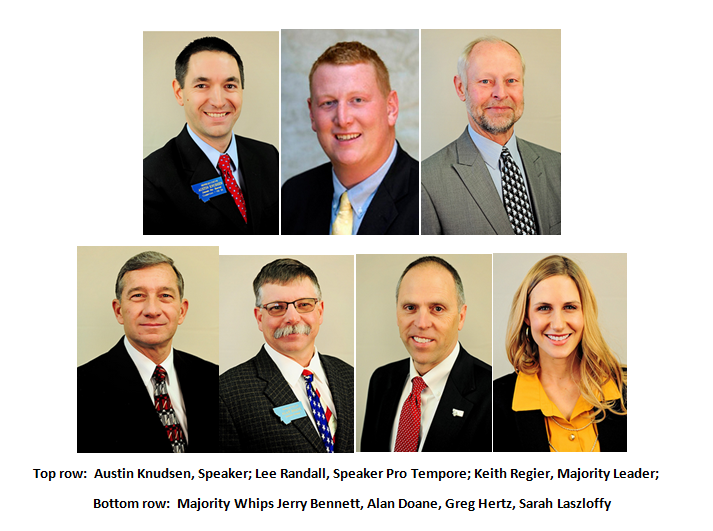 It appears that some of the male legislators need advice on tie selection. 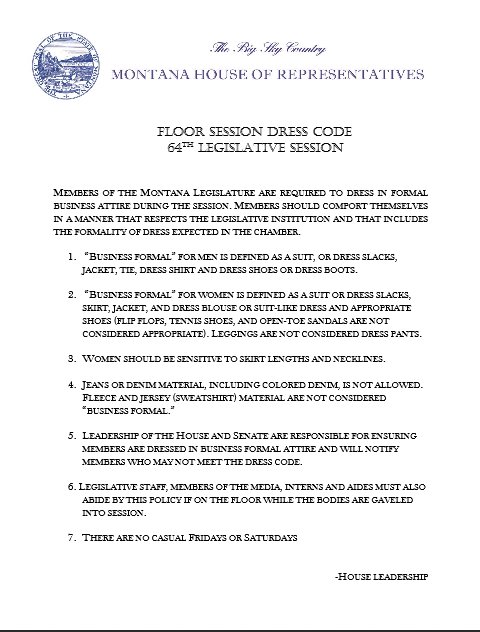 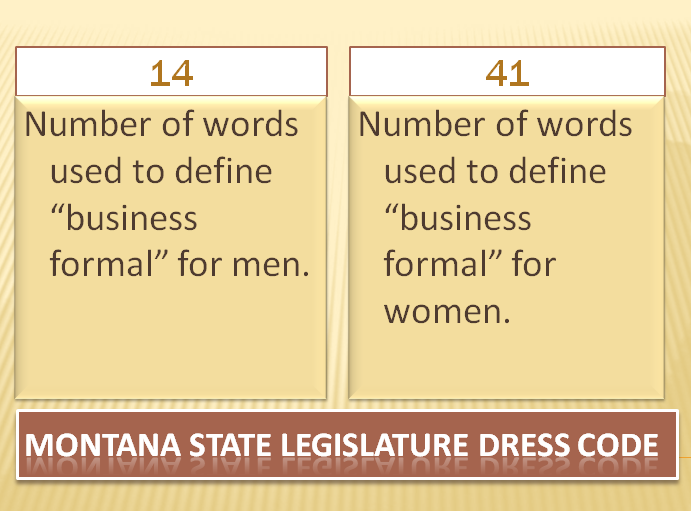 Now for the face-saving.

What happens when party leadership goes its own way.


In early December, the House Republican leadership issued a one-page dress code that said representatives, staff and reporters “are required to dress in formal business attire during the session.” It had a series of specific bullet points. No formal House dress code existed previously, only an informal one.

The dress code has been widely condemned by newspaper editorials in Montana, drawn attention from national media including the New York Times and been ridiculed on social media.