As you might have suspected, it was a quiet day at Radio Shack 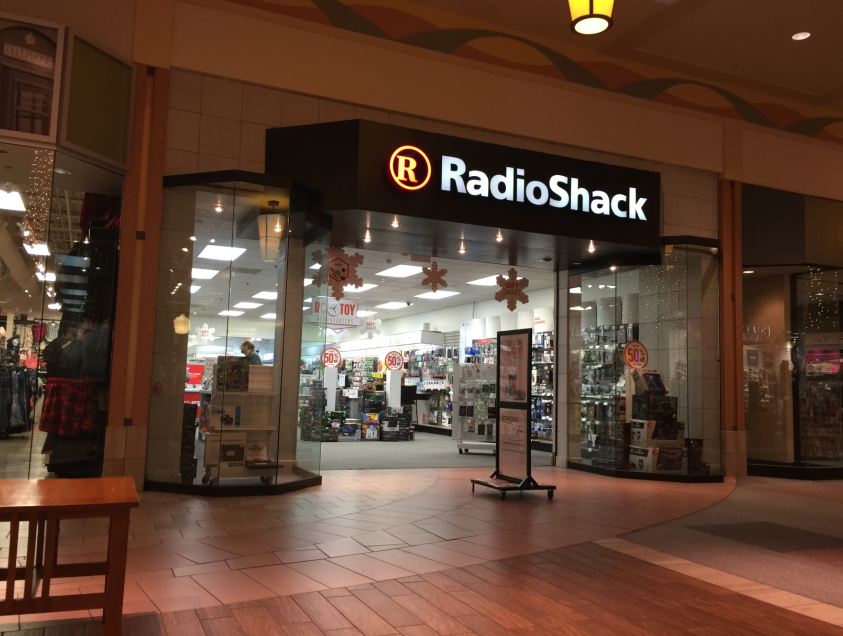 Having time between meetings, I made my first visit to East Towne Mall in more than a year.  Compared to its retail cohort on the west side of Madison, East Towne's decor seems stuck in the late 20th century.  I felt as though I should be Christmas shopping for kids' clothes and toys.  ("Where are the Legos?")

It's also instructive to note the similarities and difference in the retail mix between the 2 locations.  Both malls have the same anchors:  JCPenney, Sears, The Boston Store, and Dick's Sporting Goods.    As for auxiliary stores, East Towne includes Gordman's (off-price department store), Shoe Carnival (microphone specials, a la Kmart's blue-light specials), and Just Fine Alternation (now regretting that I didn't take a pic of the 2 mannequins, wearing clothes that predate the mall's 1971 construction, just inside the shop's entrance).  West Towne, on the other hand -- and this is probably all you need to know -- includes Williams-Sonoma and Pottery Barn among its auxiliary tenants.