1959, the Year in Review: Agriculture (How the debeaking of chickens got its start)

Another sidebar from the Agriculture entry. 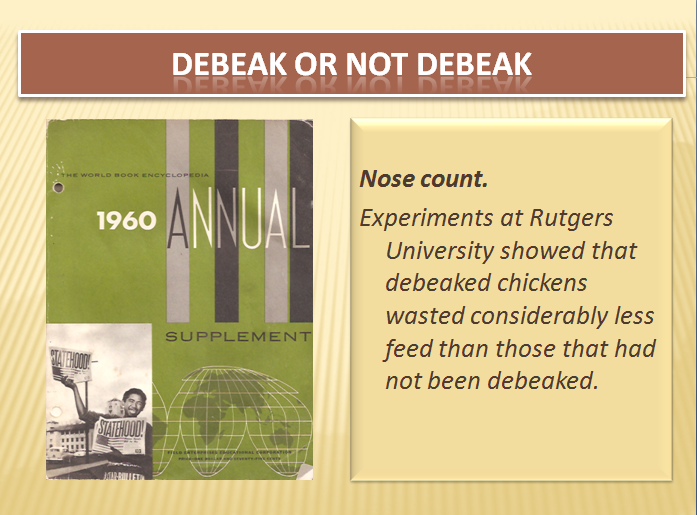 As a United Poultry Concerns fact sheet describes it.


...de-beaking started around 1940 when a San Diego poultry farmer found if he burned off the upper beaks of his chickens with a blowtorch, they were unable to pick and pull at each other's feathers. His neighbor adopted the idea but used a modified soldering iron instead. A few years later a local company began to manufacture the "Debeaker," a machine that sliced off the ends of birds' beaks with a hot blade.


From a blowtorch to a soldering iron to a machine with a hot blade.  But as the article also notes,


If an electric beak trimmer is not available, a temporary form of trimming can be done by using a sharp jackknife.


Whatever will get the job done, apparently.