1959, the Year in Review: Advertising

For those of you who are regular viewers, you've seen me go on a series binge of late.

Here's my latest offering, courtesy of an annual supplement of the World Book Encyclopedia, a purchase I made at a used-book sale at some tinted-fog point in time. 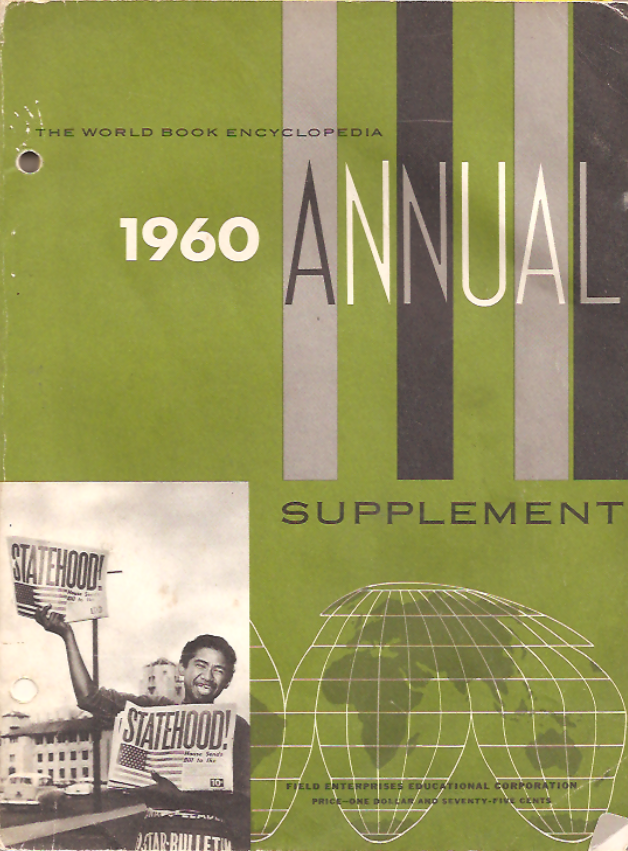 Biggest complaint from American Association of Advertising Agencies.  Reduced profit margins due to increasing costs of research and "other services".

A commercial which was probably first broadcast in the fall of 1958.

But what the hey?