To some folks, it's now ShopKoless Drive in Madison, Wisconsin 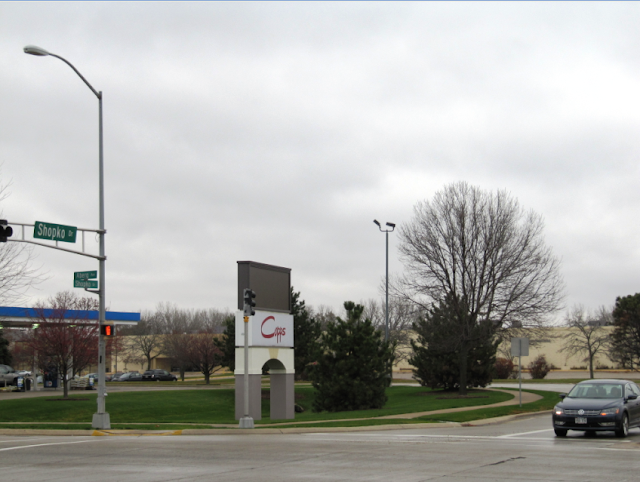 
The other is the former ShopKo department store at 2602 ShopKo Drive on the city’s North Side. ShopKo currently leases the building and has announced plans to close the store at the end of August. The store’s lease expires in 2026 and ShopKo may have to sublet the almost 120,000-square-foot building, the city document shows. ﻿

Sites need ﻿ to meet federal criteria that include 90,000 square feet of unoccupied space that would be immediately leasable, and could be fenced or adequately secured.


Just Ask Us: Will ShopKo Drive keep its name when ShopKo closes its North Side store? (Wisconsin State Journal, 8/24/2014)


The street name will remain “Shopko Drive” unless someone requests a change, according to Robert Phillips, an engineer with the city of Madison.