Apparently, some protesters wanted to run amok in the library


Bonner, 43, stayed late Monday night, watching a security monitor and grabbing a fire extinguisher when he heard a couple of attempts to kick in the building’s glass doors after the grand jury decision was announced. After 10 p.m. he went home to Woodson Terrace, where he lives with his wife, Janessa Hall, and their four children.

The library, which has a pale brick facade, survived without damage Monday’s unrest after the grand jury declined to indict police Officer Darren Wilson in the death of Ferguson teenager Michael Brown. 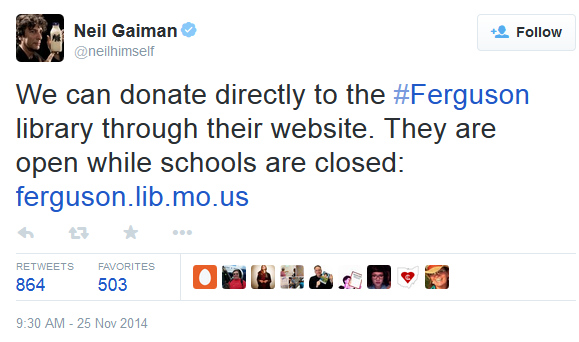