Another Day, Another Library Weeding Controversy


"She is destroying the collections down there," said Mary Aleta Word, a former volunteer coordinator for Friends of the Library, the nonprofit organization that supports the library. "There's no respect for books whatsoever."

Several former Friends of the Library volunteers and past library employees said that when Hill took over in early 2012, books were being pulled from the shelves so quickly they didn't have a chance to sell valuable art book collections for a decent price.


For the sake of comparison, let's take a look at the print collection size of the Chattanooga and Madison (Wisconsin) public libraries.

Since 2009, both libraries have seen annual decreases in their print collections, although Chattanooga's has certainly been much more aggressive of late. 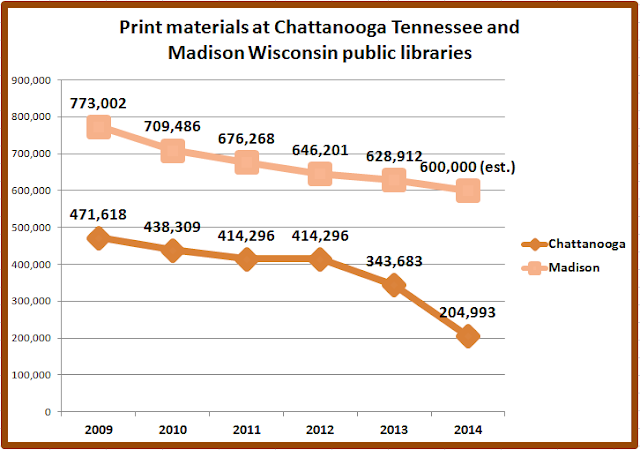 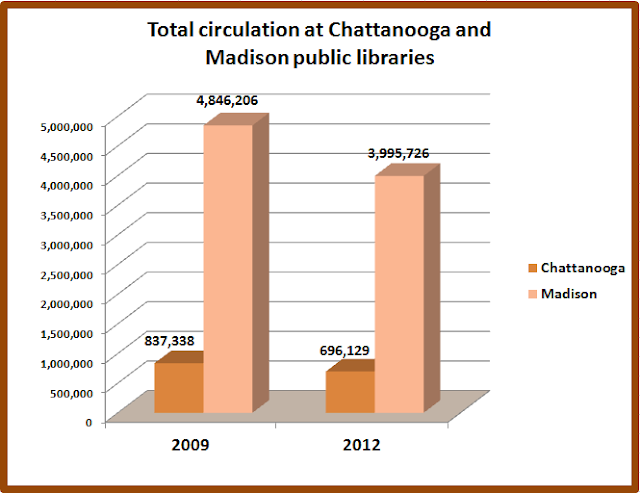 According to the FY 2009-2010 Tennessee Public Library Statistics, Chattanooga was organized as a metro (i.e., city-county) library -- the Chattanooga-Hamilton County Bicentennial Library, with a service area population of 309,936. 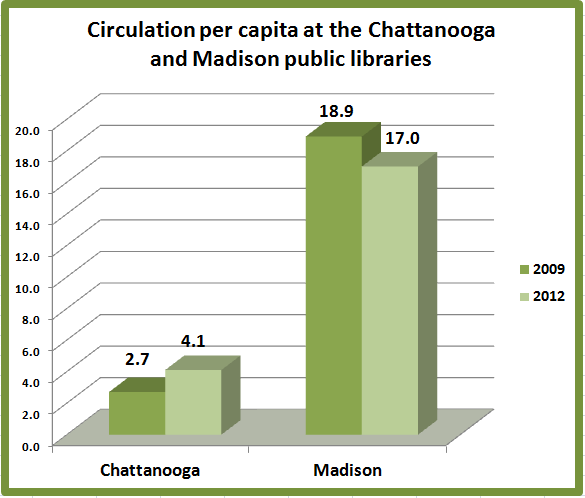 
"Every library in the country has had some level of discontent with regards to weeding collections," she [Library Director Corinne Hill] said. "Chattanooga has been behind so we are a little late to this game, but it is part of us moving out of the 20th century."


Maybe not.  With such a low turnover rate (collection size divided by circulation), it's clear that the Chattanooga Public Library had lots of shelf-sitters. 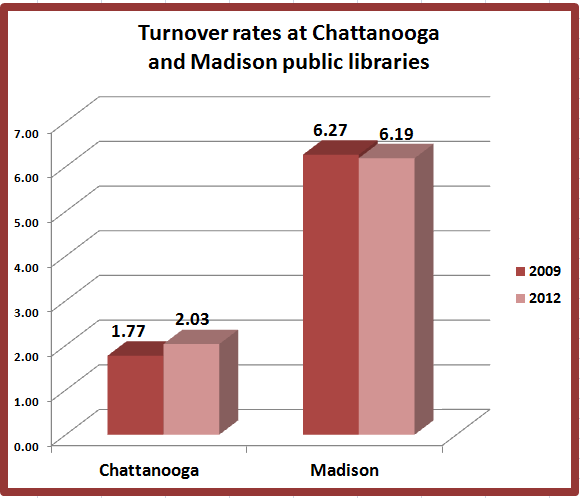 Lou Reed sang about the proper attitude for weeding.
http://youtu.be/EIdc0NGumVc