In the News: The Paleo Lifestyle

It's more than just a diet.

Credit, or blame, goes to Loren Cordain, whose book, The Paleo Diet, was first published in 2002.

What it's all about.


To the uninitiated, the much talked about Paleo diet — a nutritional regimen centered around pasture-raised meat, eggs, fresh fruit and vegetables, and nuts, in the spirit of our cave-dwelling forebears — may seem like another low-carb fad, the South Beach diet dressed up in a mammoth hide. But the time has passed when it could be written off as a fringe movement of shaggy-haired Luddites with an outsize taste for wild boar meatloaf.

Lately, Paleo has charged toward the mainstream, not only as a hugely popular diet (it was most-searched diet of 2013, according to the Google Trends Zeitgeist list), but also as a cave-man-inspired lifestyle that has spawned a fast-growing industry.


The 2014 print titles available in LINKcat deal primarily with diet. 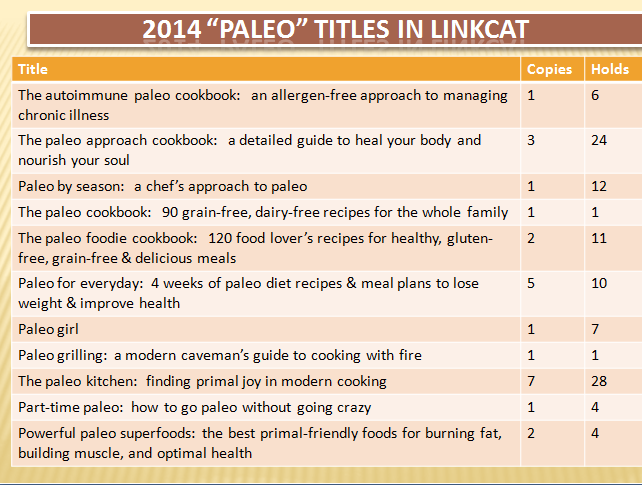 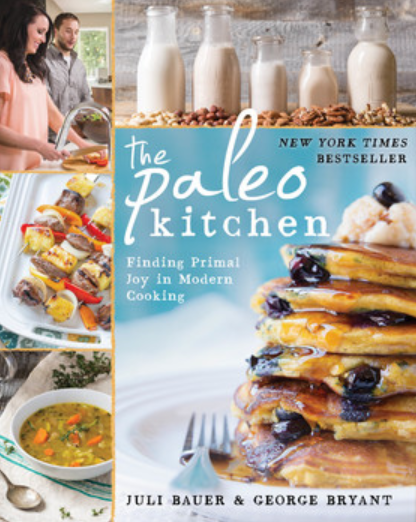