The same one his like-minded colleagues are playing.

Here's where conservatives go off the rails.  Over the last month, the Obama political apparatus — a close aide to the president, the Democratic Congressional Campaign Committee and the “independent” voices at MSNBC — has been talking nonstop about an alleged Republican plan to impeach the president.

No, they haven't.  They have simply been shining a light on the Republcans' impeachment chatter, of which there are abundant examples. 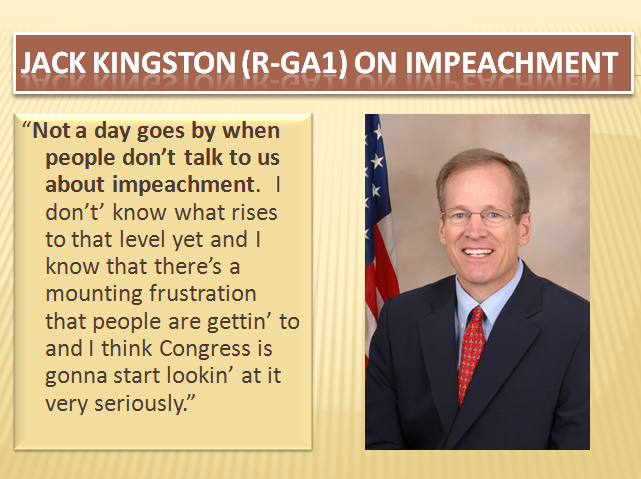 Douthat can tap dance as furiously as he wants, hoping the noise will distract us, but the fact of the matter is we have talk radio, a favorite place for conservative elected officials to relax, let down their guard, share their latest talking points, as Kingston recently did with Aaron McCready.