Once again, we can say to Scott "Say Anything" Walker: "Liar, liar, pants on fire"

A TV ad from the 2012 Presidential campaign. 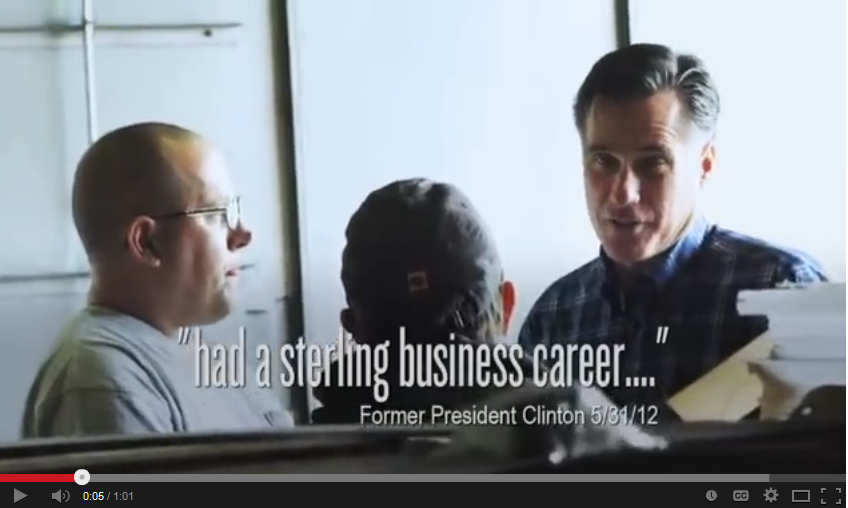 ....first as a businessman.  Romney has, in business and in politics, been preparing for this moment all his life. He grew up in the shadow of a famously ambitious and successful father. He heeded the lessons and is applying them now.

It’s that vision of leadership that catapulted Romney into many of his management roles -- first as a businessman...
Posted by Retiring Guy at 9:20 AM