My First Encounter with Skirt Steak

A little background.  What flank and skirt steaks have in common are their brawny, mineral flavor and loose-knit flesh, which is ideal for absorbing marinade. While both are sliced from the underbelly of the cow, skirt steak has the advantage of being richer and more marbled with fat; that means you use marinade for flavor only, rather than relying on it to
In a blender or food processor, combine basil (1 cup), 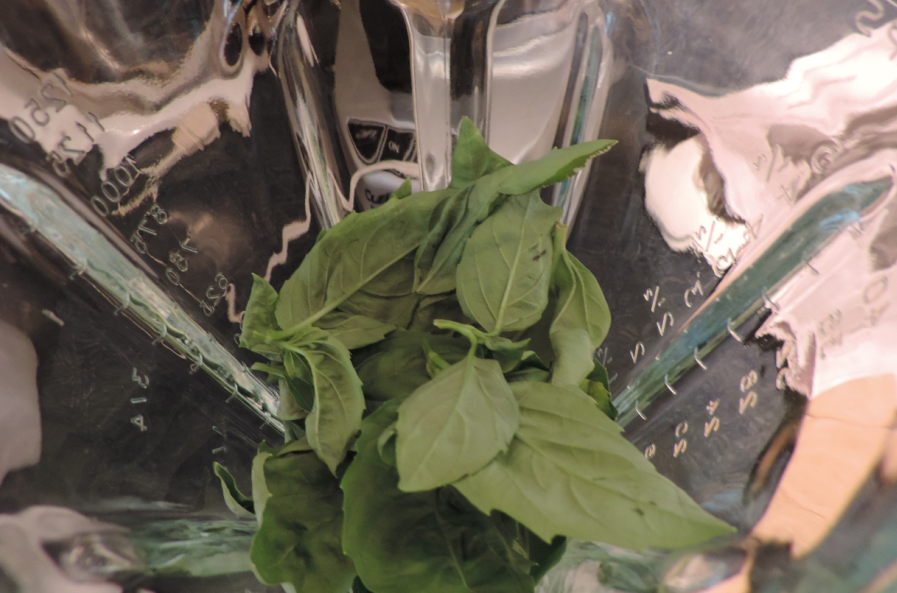 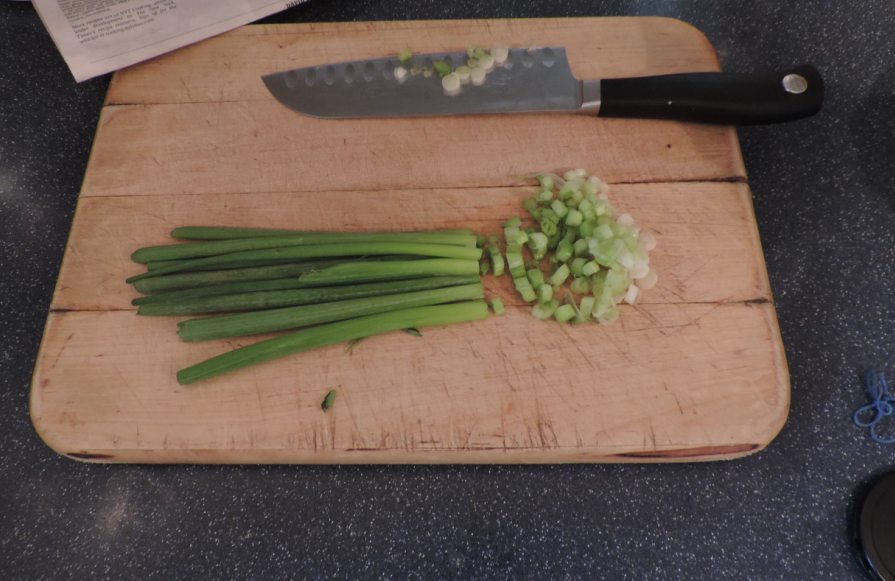 lemon thyme, (not in stock at Brennan's; used regular thyme). 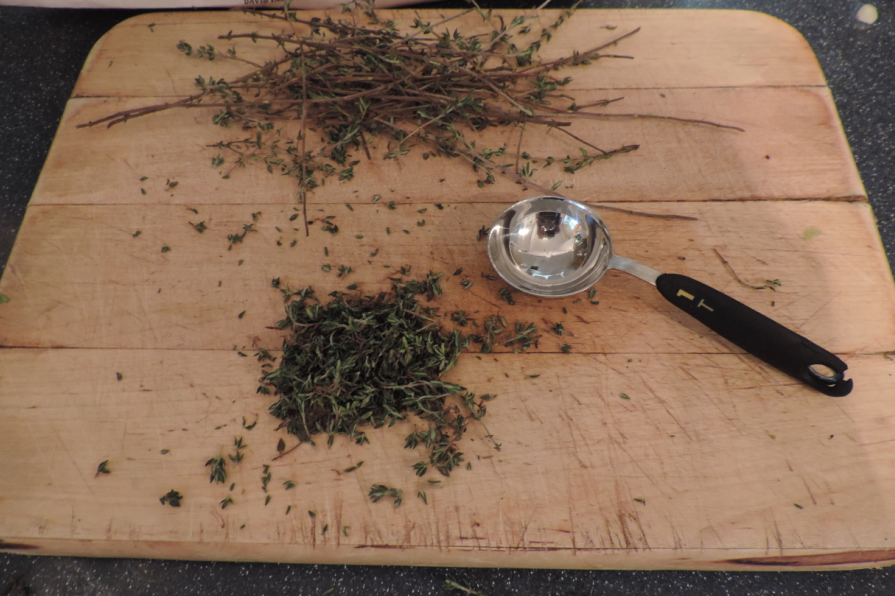 (The measuring spoon in the above photo has had a few encounters with the garbage disposal.)

garlic, (fat cloves, roughly chopped).  I used 3 since none of the cloves could be considered "fat". 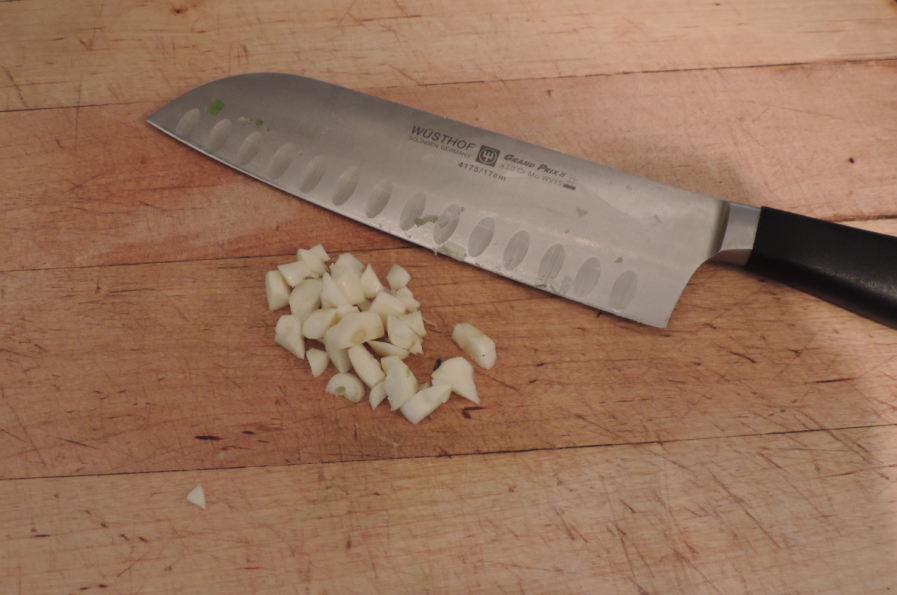 peperoncini, (None to be found at Brennan's.  Recipe also suggests, pickled jalapeno or other pickled peppers.)

The chopped pickled jalapenos are in there somewhere. 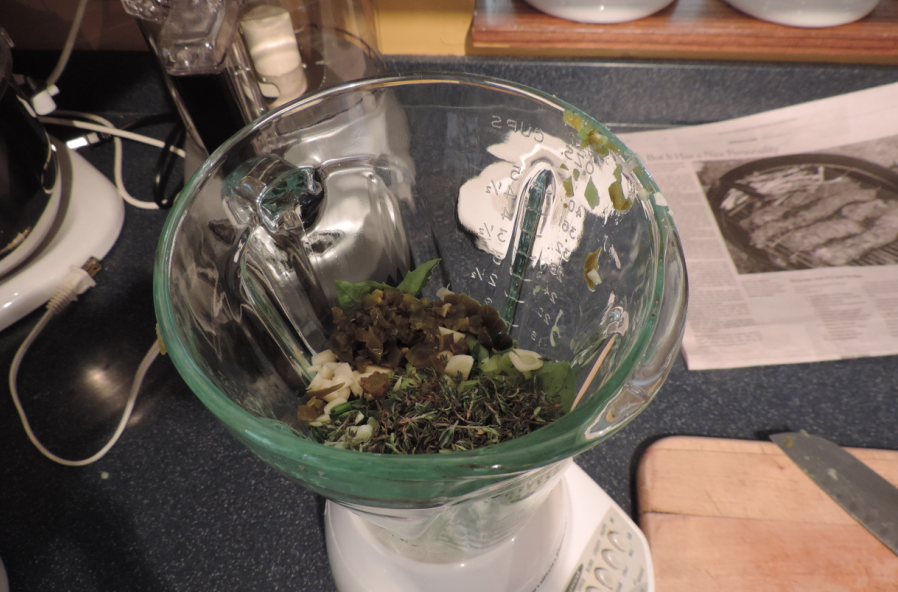 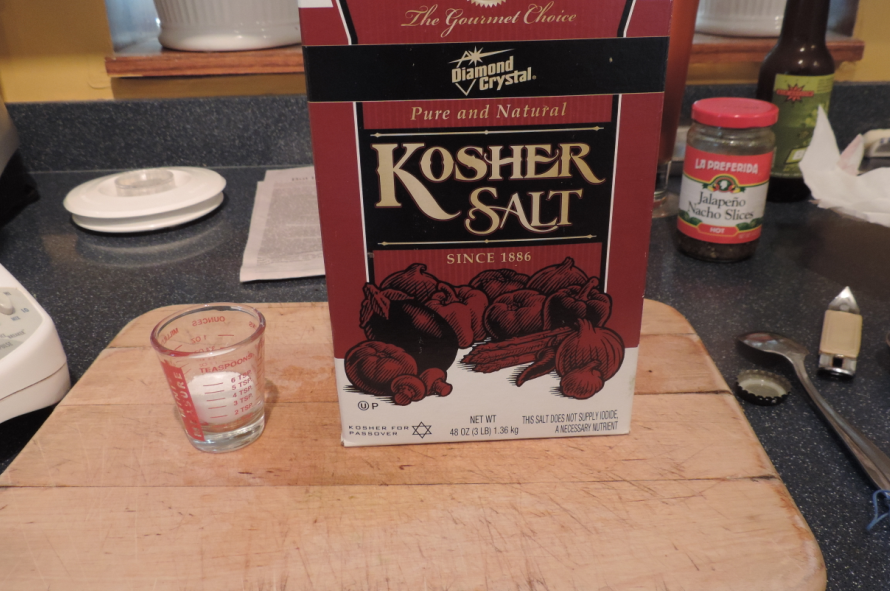 lemon zest and juice (finely grated zest of 1 lemon, juice of half a lemon), 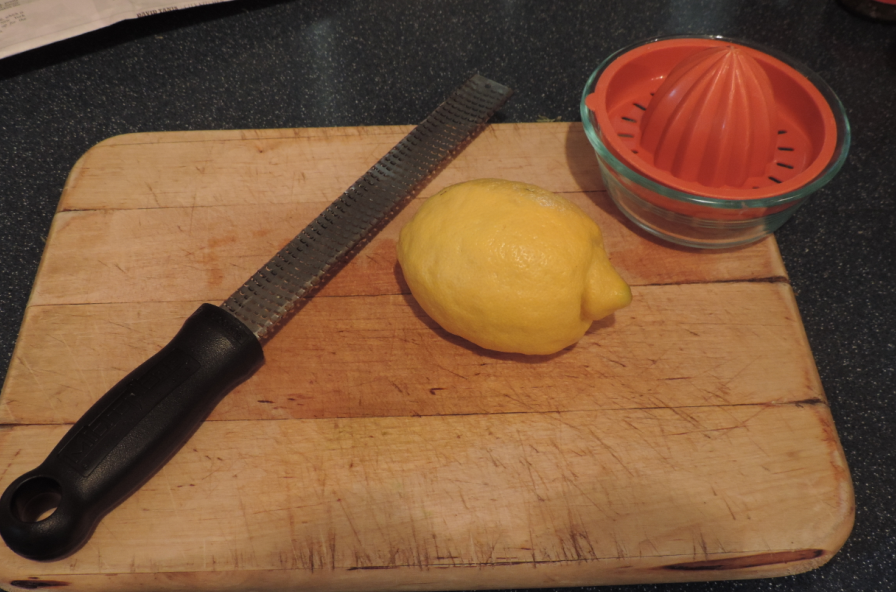 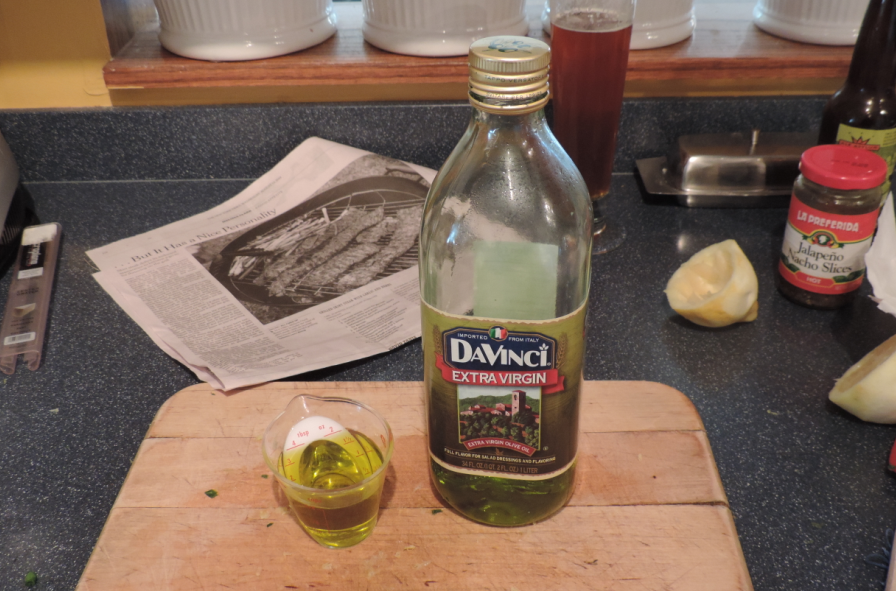 (That's a glass of Ale Asylum's Ballistic in the background.)

Blend until it turns to paste.  (We definitely need a new blender. I had to finish up this step of the recipe with a Hamilton Beach hand blender.) 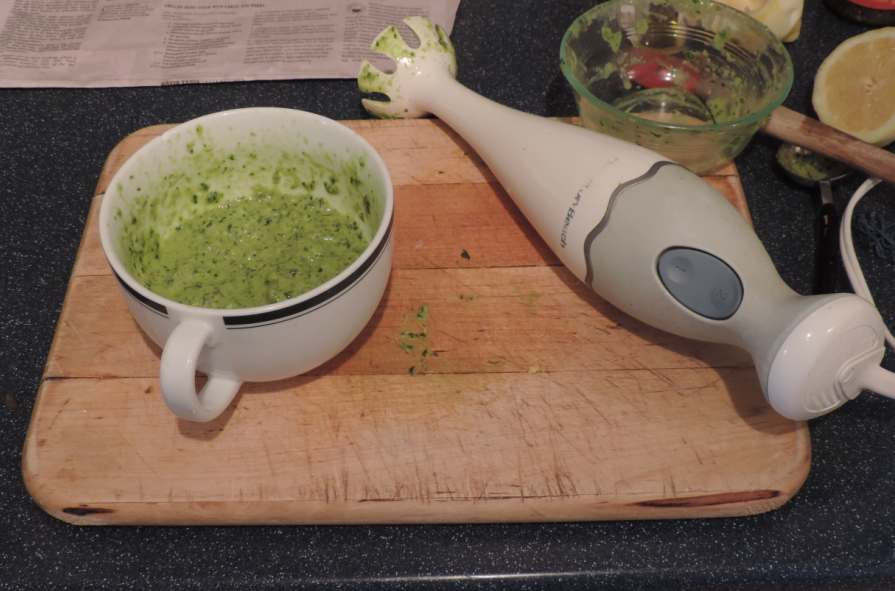 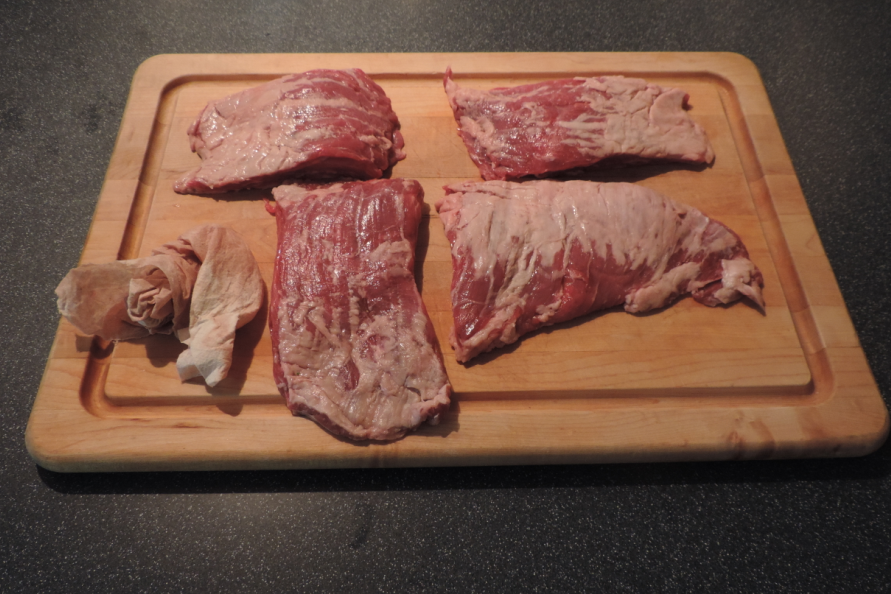 and place in a large bowl; slather paste mixture all over meat.  Cover and refrigerator at least 30 minutes or overnight.


Grill over direct heat until char lines appear and meat is done to taste.  (That would be medium-rare in ourhousehold.  Hood raised for flipping and photo-op purposes only.) 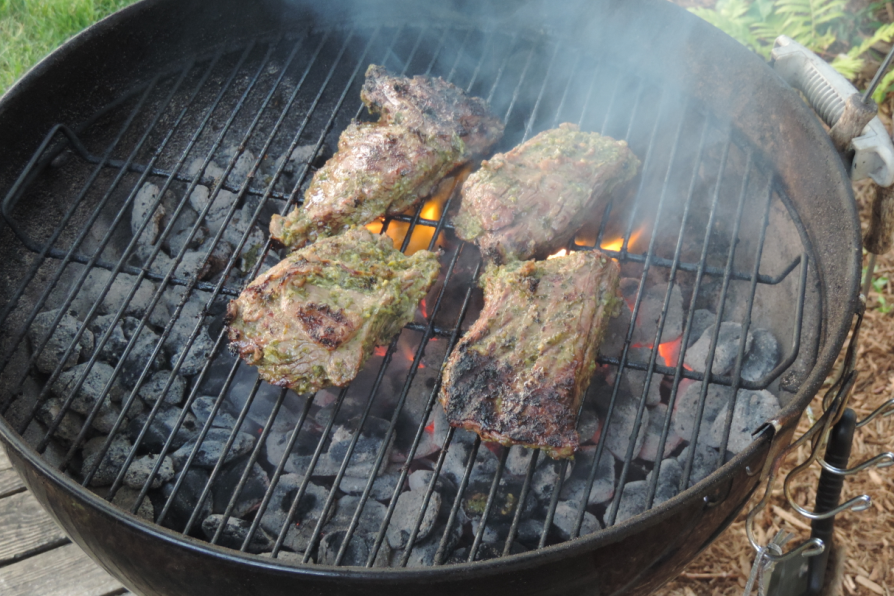 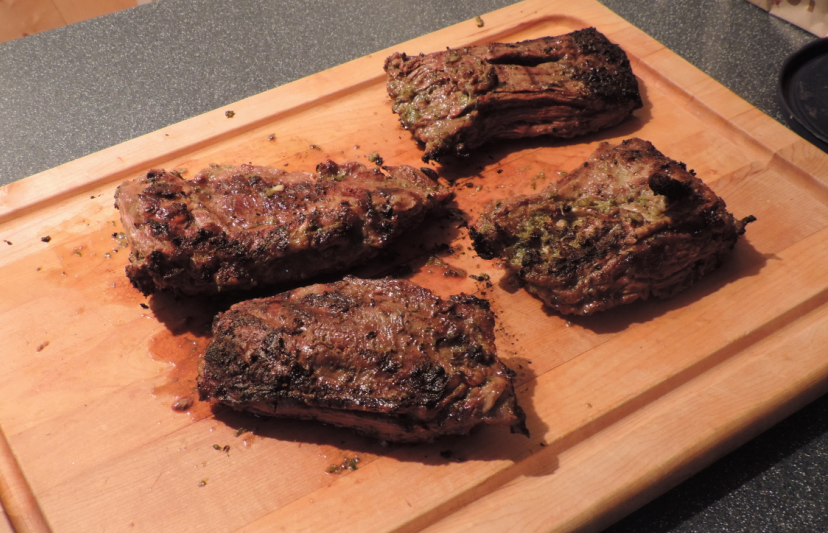 Enjoy the deep, beefy taste and succulent texture, as author and cook Melissa Clark describes it.