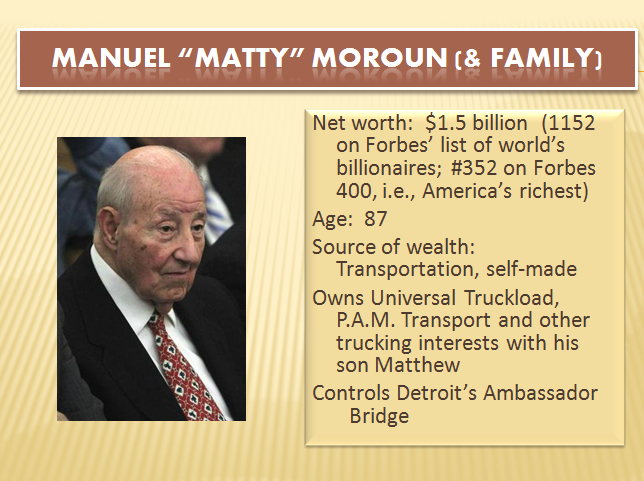 Homewrecker.  The analysis identified 182 total real estate transactions involving the bridge company or affiliates, with billionaire bridge owner Matty Moroun spending a total of $52 million on Windsor property. Since the bridge company often registers the ownership with numbered corporations or lawyers, it’s possible it owns even more Windsor real estate than that.

Moroun spent the bulk of that money — $31.9 million – on houses, apartment buildings and residential vacant lots in Sandwich from the mid-‘90s to the present. That’s $2 million more than Moroun spent to purchase the Ambassador Bridge itself in 1979.

Those homes have fallen so far into disrepair that they’re currently only worth about $13 million, according to assessment records. The Grosse Points are located in the northeastern section of the map. 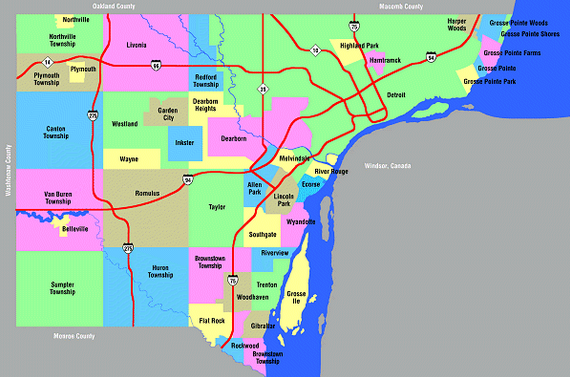