From a place in the country to megalopolis.  The City of McHenry seems to have slowly and quietly grown to the point that it is now a perpetual traffic jam. Like most other towns along the Fox it began as a resort. The river was lined with summer cottages owned by people who came out from Chicago for the weekend. Sometime after World War II people began winterizing them for year-round use. 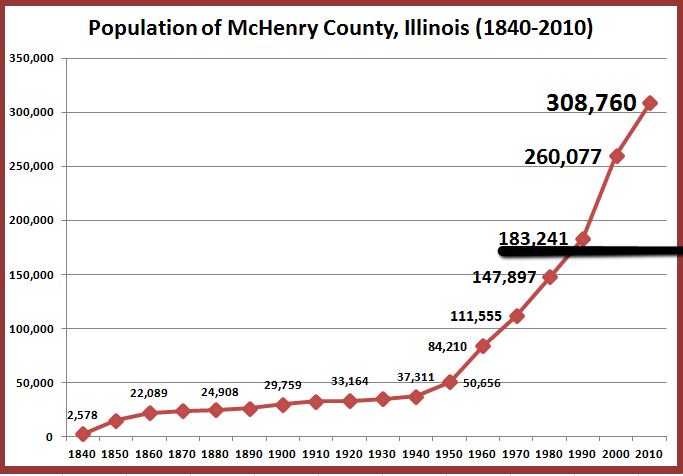 From the look of this map, sprawl has taken over most of the southeast quadrant of the county.. 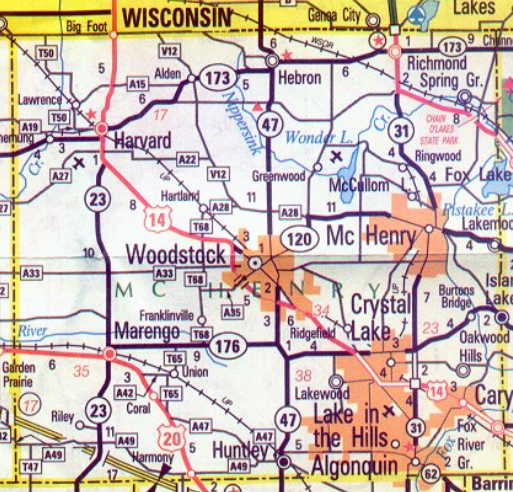 Some longtime residents must have mixed feelings, at best, about this highway project.
Posted by Retiring Guy at 12:52 PM