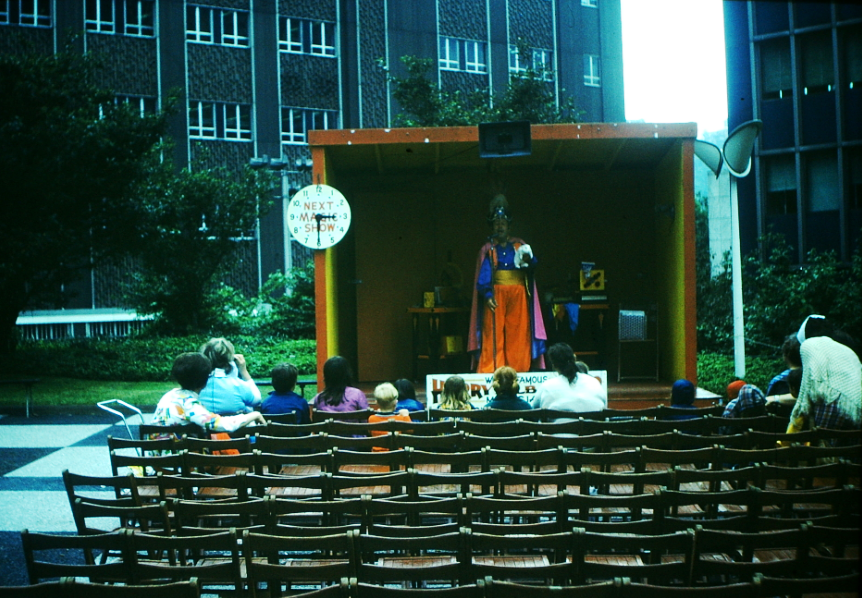 The photo was taken during the summer of 1974, well before I gave myself the Retiring Guy moniker.  At the time, I was a student at the Graduate School of Library and Information Studies (GSLIS, pronounced gis-lis, sometimes good-naturedly disparaged to as "useless") at the University of Pittsburgh.  The school has since dropped "library" from its name.

Taking up most of the background is the Pittsburgh Post-Gazette building, which places this photo in the vicinity of Point State Park, the destination on this particular day of a group of friends who regularly got together on Friday afternoons to explore the area.