Talk, talk, talk.  [Markl] Gottlieb, the transportation secretary [and former Wisconsin State Assembly member representing Ozaukee County, 2003-2011], heard from about 1,000 people this spring on transportation funding during town hall forums and meetings with economic development groups. People there agreed on the need to invest in an array of transportation systems but not on how to fund them, he said.

"On the revenue issue, I would say it was really all over the board," Gottlieb said. "We did not see some overwhelming consensus of people of what we ought to do or what we ought not to do."

The indexing method of gas tax adjustments, graphed below, seemed to work well.  (There were also 2 statutory adjustments during this period.) 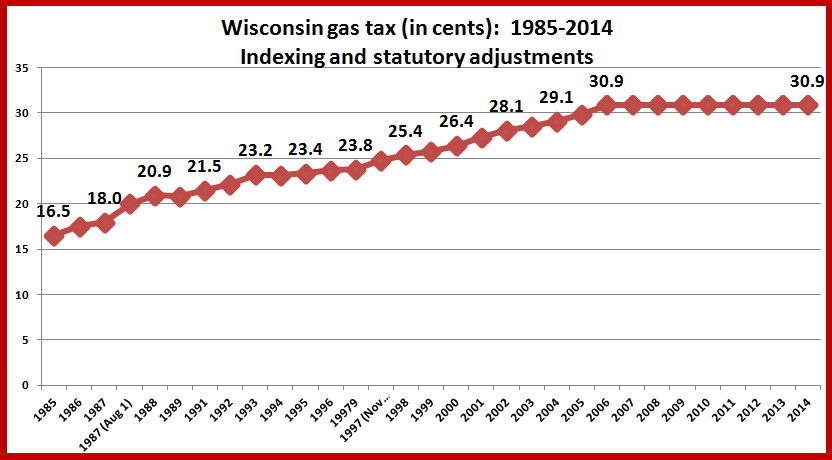 Small annual increases, usually less than a penny per gallon.

What does it add up to?

The American Automobile Association uses 15,000 annual driving miles to calculate its cost of owning and operating a vehicle in the United States.

For the sake of this exercise, let's use an average fuel economy of 25 miles per gallon.

Less than the cost of a pack of cigarettes or a 6-pack of drinkable beer.