In the News: The La Crosse Public Library

The traditional  cost of doing business.  Before the end of the year, the library director is hoping to get an efficiency consultant and a salary and compensation study done because staffing is the biggest cost for the library and many questions have been raised from the community about it. 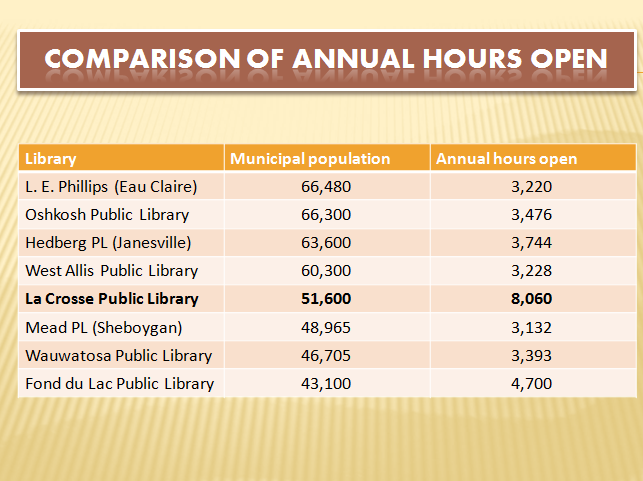 The Fond du Lac Public Library operates a main facility and 2 branches, an "Express" location at the northwest end of the Festival Foods complex on the city's far east side and a "Satellite" location just inside the lobby entrance of St. Agnes Hospital on the city's near east side. 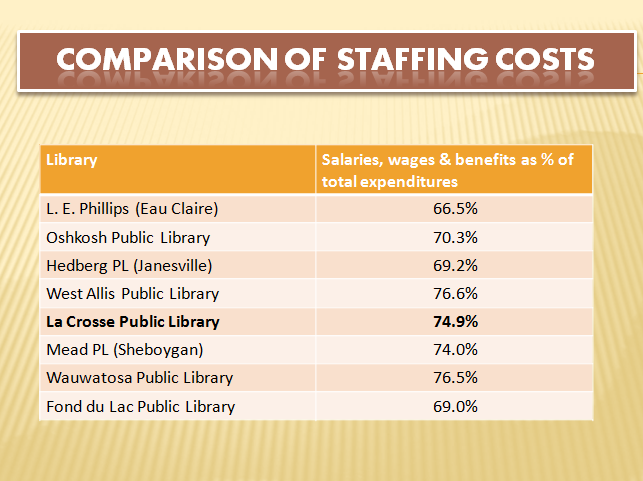 The La Crosse Public Library has consistently ranked at or near the top of per capita support the state's large public libraries.  It ranked #1 in 1996, which is as far as the Department of Public Instruction provides library service data on its website. 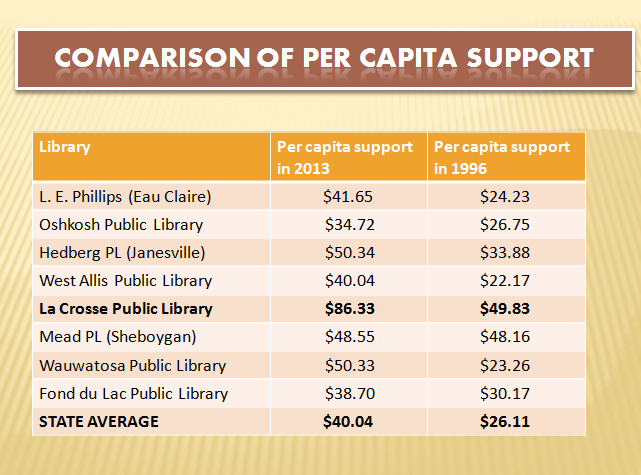 Related posts:
And I Quote: "Per capita, that's the most expensive library among all similarly sized cities, perhaps even in the whole state."  (7/22/2014)
La Crosse Tribune editorial board speaks up for South Community Library.  (9/22/2013)
As St. Paul Mayor Christopher Coleman observed a few years ago, "Try to close a library sometime".  (9/18/2013)
Posted by Retiring Guy at 11:01 AM

Just as a clarifying point, Paul, the Annual Hours Open number for Fond du Lac do not include Journey's, our satellite location at the Agnesian Health Center. Under DPI's Annual Report guidelines, that location is not considered a branch of the library and is not included in open hours statistics.
Materials there are available during normal hospital hours.

Appreciate the clarification, Jon Mark. Thanks!