How Glenn Grothman and His People See the World 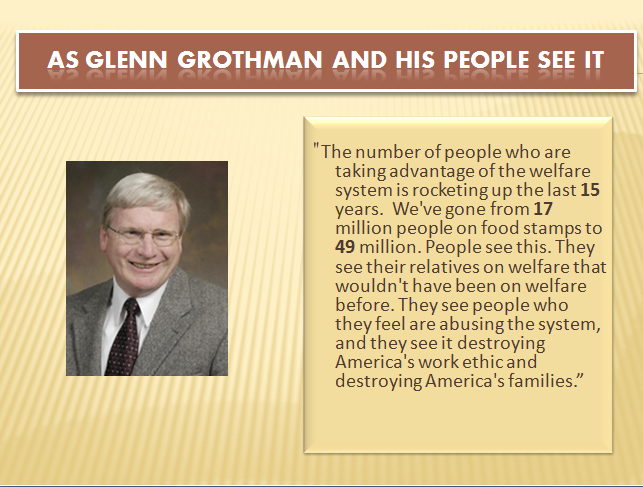 The quote is from "Glenn Grothman on how speaking his mind has helped his political career." (Capital Times, 8/24/2014)

The numbers are accurate..... 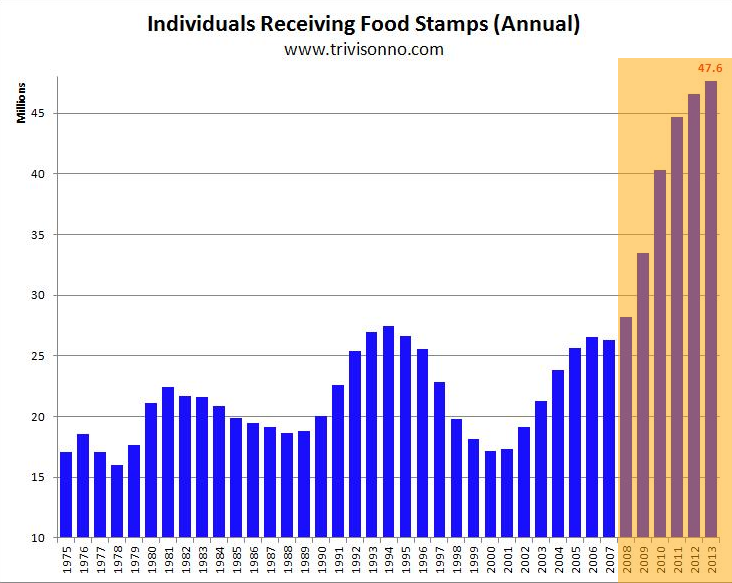 .....but in his usual heartless style, Grothman squeezes all the humanity out of the Supplement Nutrition Assistance Program, or food stamps, the term he prefers to use in his constant campaign of disparagement.  .

There is a reason why the numbers spiked after 2008.  The Great Recession.

And for many Americans household, the so-called recovery has had a negligible effect on their lives.

But they're still leeches in Grothman's world.  Sometime during the month of May total U.S. employment reached its pre-recession level -- an important milestone in the economy’s recovery from the financial crisis and the Great Recession. Although cause for celebration, a closer look finds that most American workers and their families have still not recovered from the losses they suffered as a consequence of the financial crisis and subsequent recession. In fact, many of them may never fully recover.

Compassion is not a world in Grothman's vocabulary.