House Resolution 440 Congratulating Pope Francis on his election and recognizing his inspirational statements and actions.....

....may end up going nowhere thanks to the Republican crybabies in the House of Representatives. 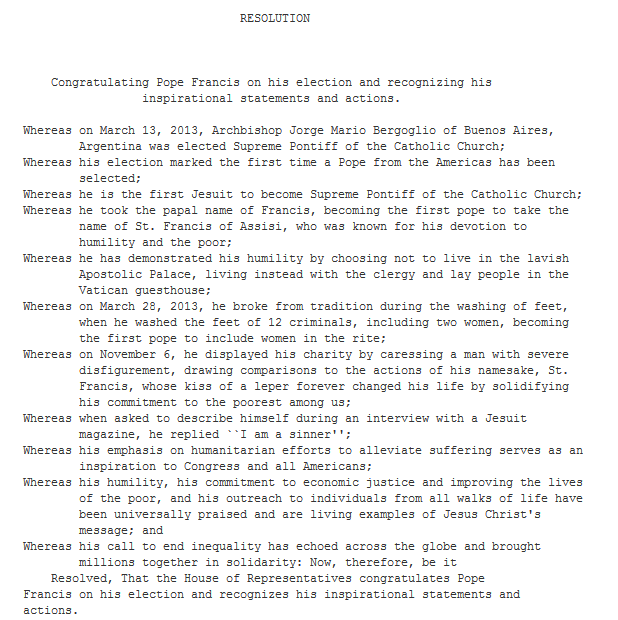 Pope Francis sounds too much like Obama to be honored by Congress, Republican says. (The Raw Story, 7/30/2014)

This kind of action should be considered a simple courtesy.  Of the 221 co-sponsors of the legislation, only 19 are Republicans. Democratic Representative John Larson (CT) sent House Speaker John Boehner (R-OH) a letter last Friday requesting a vote on the resolution.

Yet another reason has just been shared.   Although I have consistently voted Republican throughout my adult life, I preferred to stress to friends and relatives that I was a Catholic and a philosopher, but that I had no special loyalty to any political party. Evidently this attitude is common among young people today. I also find it to be quite common among faithful Catholics I know, many of whom resent the Republican Party for one reason or another.