Delusional to the End 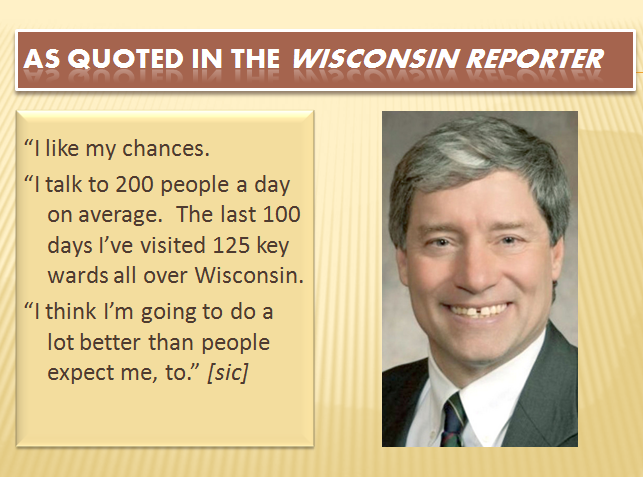 The last time I saw Brett Hulsey was on Saturday, August 2, in downtown Middleton.  He and his dog were meandering through the crowd at National Mustard Day.  I never saw him engage anyone in conversation, although he stopped to chat with my wife and me twice.

I thought it was very odd that a Democratic candidate for Governor was casually campaigning in Dane County 10 days before the primary election.

Guess Middleton was one of those "key wards".

Right now, with 35% of precincts reporting, Mary Burke has 86% of the vote.   Hulsey has earned the votes of 13,310 crossover Republicans and constipated Democrats..