On Facebook, the Republican Leadership Conference is billed as one of America’s premier political events.  The group's most recent gathering took place May 29-31 in New Orleans


For some of us, there are a few missing adjectives between "premier" and "political".


Here are the results of a May 31st RLC straw poll of potential Presidential candidates, based on 633 responses. 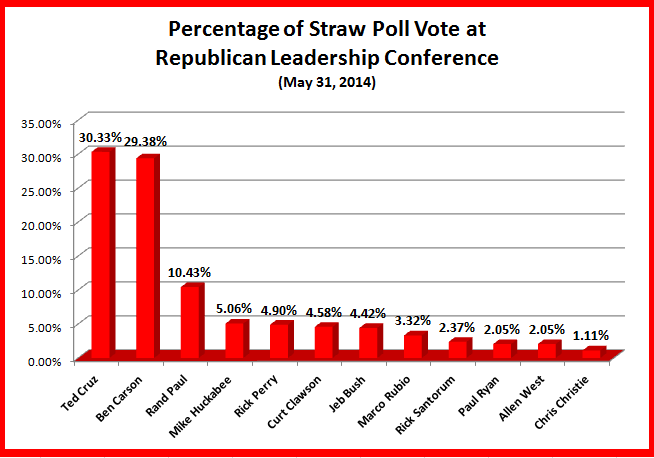 Note the absence of Scott Walker.

Curt Clawson represents Florida's 19th Congressional District.  He won the seat in a special election in June of this year and is now running for re-election.

The results give some much needed perspective to this rosy scenario.

Reality check.   Republican leaders acknowledge they will need to persuade their most conservative colleagues — including several potential presidential contenders — to be satisfied with legislative gains that might fall short of their ideals.

And this from numero uno on the RLC hit parade.