Know Your Madison Geography: .....a nightclub on East Washington Avenue

Could be a new series, folks!

Ruining an otherwise enjoyable evening.    Police said the 32-year-old victim was walking from a nightclub on East Washington Avenue to his vehicle in a parking lot on the 3500 block of Ridgeway Avenue at about 12:40 a.m. when he was approached by two men, both with handguns. The men took the victim's wallet and phone before fleeing the area on foot. 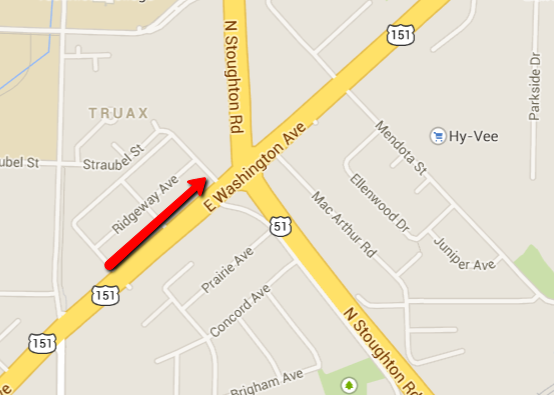 The nightclub on the 3500 block of East Wash.