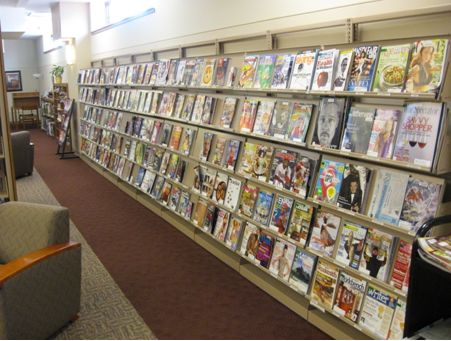 Print periodical subscriptions peaked in 1999, which makes sense since that was the first year Wisconsin public libraries reported the number of public-access Internet computers they provided.   Print subscriptions are now are their lowest point in at least 23 years.

The majority of these subscriptions are magazines, but this category also includes newspapers, annuals, some government documents, some reference tools, and numbered monographic series, as listed in the 2013 Instructions for the Wisconsin Public Library Annual Report. Not included in this tally are electronic and digital subscriptions, such as Zinio.