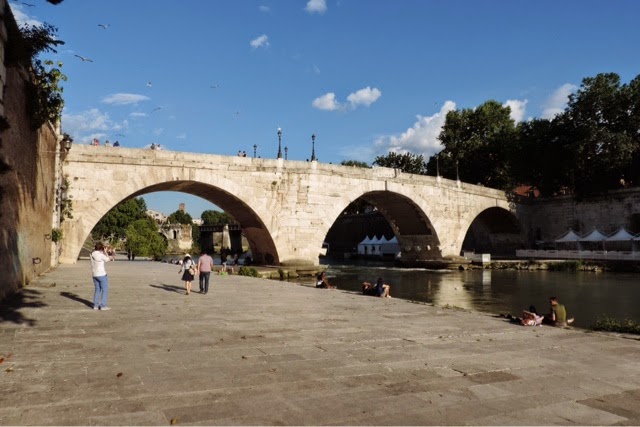 Ponte Palatino.  Constructed between 1886 and 1890, the bridge coonects Lungotevere Aventino with the eastern edge of the Trastevere neighborhood.  (Photo also taken from Tiber Island.) Ponte Vittorio Emanuele II.  Designed in 1886 by the architect Ennio De Rossi, but construction was delayed, and the bridge wasn't finished until 1911. 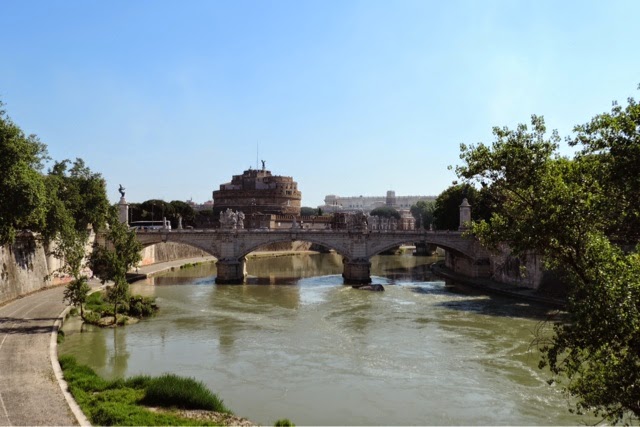 Ponte Sisto.  This footbridge connects central Rome with the Trastevere neighborhood.  It was built on the orders of Pope Sixtus IV and completed in 1475, a Holy Year when many pilgrims were expected to visit Rome. 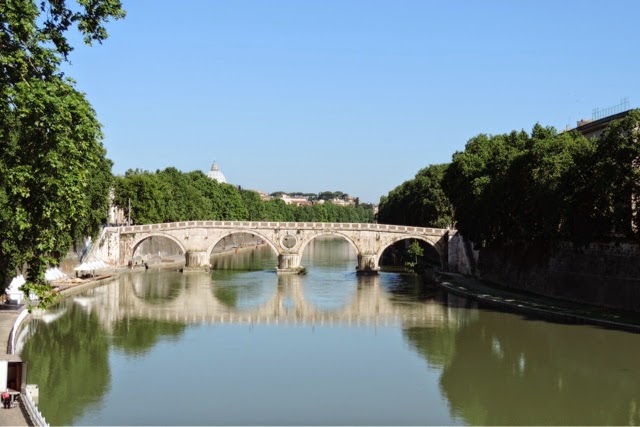