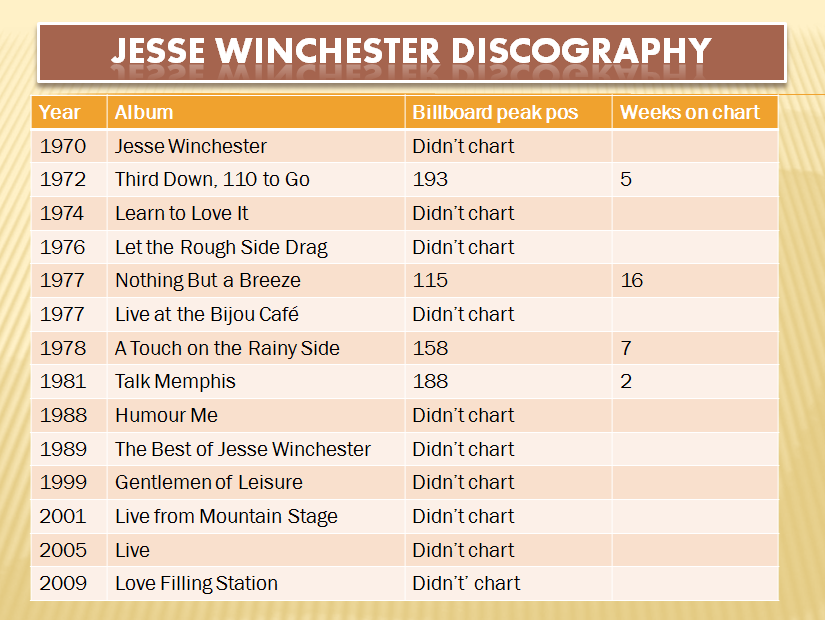 From Louisiana to Canada.   Mr. Winchester began writing songs in Canada, where he had moved in 1967 to avoid being drafted during the Vietnam War. He did not expect to return to the United States. Yet songs like “Biloxi,” “The Brand New Tennessee Waltz” and “Yankee Lady” on his debut album, “Jesse Winchester,” released in 1970, delved tenderly into memories of the South he had left behind.

Like most everyone else, I never purchased an album by Jesse Winchester.  My favorite cover version of any of his songs is performed by Matthews Southern Comfort on a 1971 release that also didn't find its way onto Billboard's "Top 200 Albums".  This album includes one of my favorite covers of Joni Mitchell's "Woodstock".