When Speaker Vos Sez Jump, His Minions in the Assembly ask "How high?"

And what does Ms. Window-dressing have to say? Majority Leader Pat Strachota, R-West Bend, the lead sponsor of the bill in the Assembly, told Barca that she was "working diligently" on behalf of the bill. But Strachota added that she needs to discuss the issue with her fellow Republicans to make sure the majority of the caucus supports the bill.

And what does she have to show for her "diligence"?

All of the Repubs in the Assembly, including Strachota, vote "no". 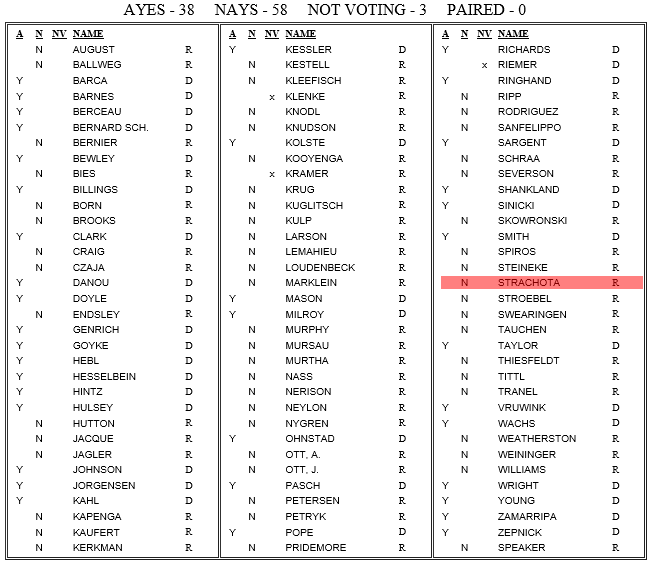