Scott Walker and the Development of a Big Lie 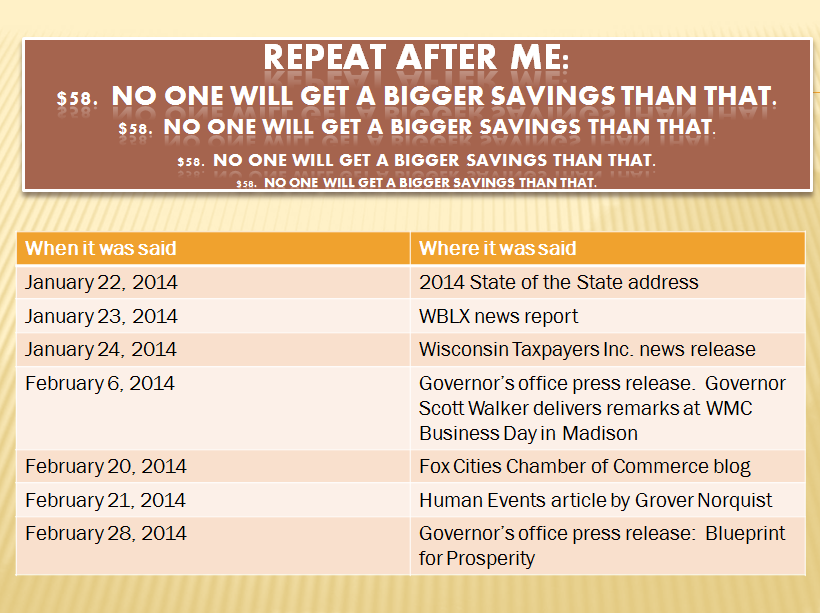 Giving the governor's office too much credit.  The governor regularly brings up in his speeches that no one will receive more than $58 from the broad income tax cut.

Peacock said that ignores the fact that some tax filers will be getting a much bigger gain from the AMT change. "The governor's office hasn't been upfront," he said.