Meet Mary Pilcher-Cook and View the Bills She Sponsors 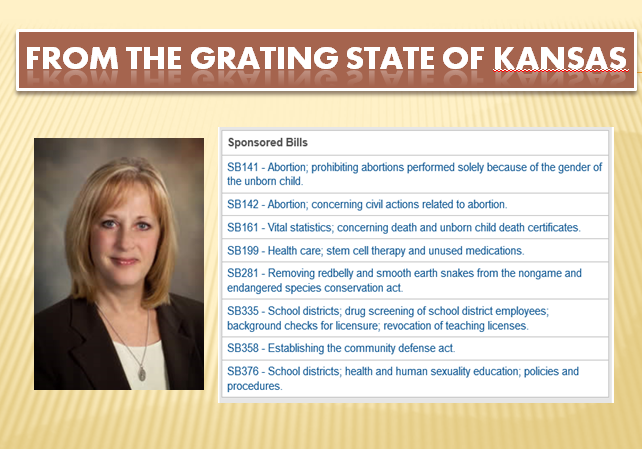 Some might call her obsessed; some might once again ask, "What's the matter with Kansas?"  But Pilcher-Cook frequently wades into these issues. The lawmaker has also attempted to outlaw surrogacy, weaken the state’s sex ed requirements, levy a sales tax on abortion procedures, and prevent the state’s abortion restrictions from including exceptions for rape and incest. She once pushed for a mandatory ultrasound bill on the anniversary of Roe v. Wade by performing live sonograms on the Senate floor. It’s perhaps unsurprising that she’s turning her attention to a first-of-its-kind state law to regulate women’s miscarriages.