Shakin' All Over in Oklahoma

Earthquakes:  In one day in Oklahoma 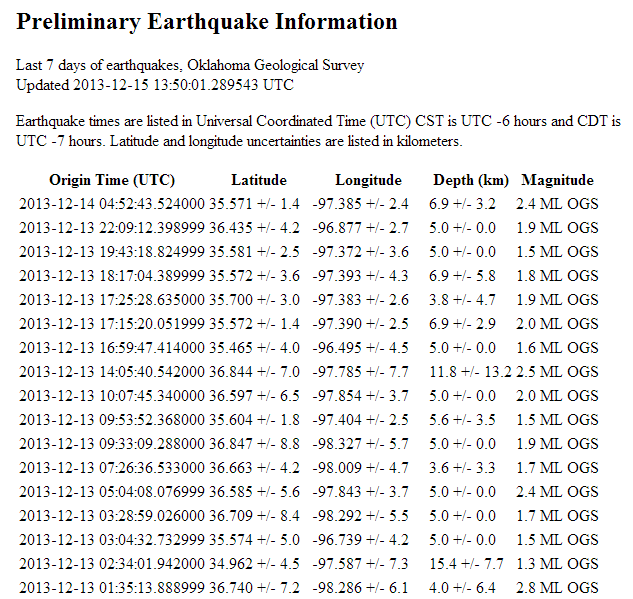 "Quivers down my backbone". Oklahoma has never been known as earthquake country, with a yearly average of about 50 tremors, almost all of them minor. But in the past three years, the state has had thousands of quakes. This year has been the most active, with more than 2,600 so far, including 87 last week.

The money shake.  Just as unsettling in a state where more than 340,000 jobs are tied to the oil and gas industry is what scientists say may be causing many of the quakes: the widespread industry practice of disposing of billions of gallons of wastewater that is produced along with oil and gas, by injecting it under pressure into wells that reach permeable rock formations.

United States Geological Survey.  Induced Seismicity.    Making a strong scientific case for a causative link between a particular human activity and a particular sequence of earthquakes typically involves special studies devoted specifically to the question.
Posted by Retiring Guy at 8:06 AM