Notes and Whatnot on "A Look at Public Library Management Outsourcing"

What remains in place

I decided to reformat Table 1 on page 43. 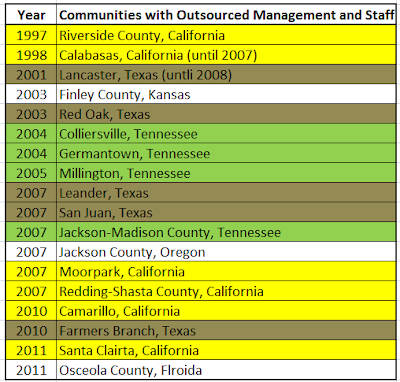 All but 3 are located in California, Tennessee, and Texas.

Missing from or needing to be added to the Public Library list.

By way of comparison, there are 8,951 public library administrative units and 16,417 stationary outlets, i.e., central libraries and branches, in the United States.  (Source:  Institute for Museum and Library Services, "Public Libraries in the United States: Fiscal Year 2010", which is the most current edition.)

*Unless there is a counter proposal from the staff, municipalities can expect just one proposal to be submitted.

Library Systems and Services LLC currently has a monopoly on the outsourcing of libraries marketplace. 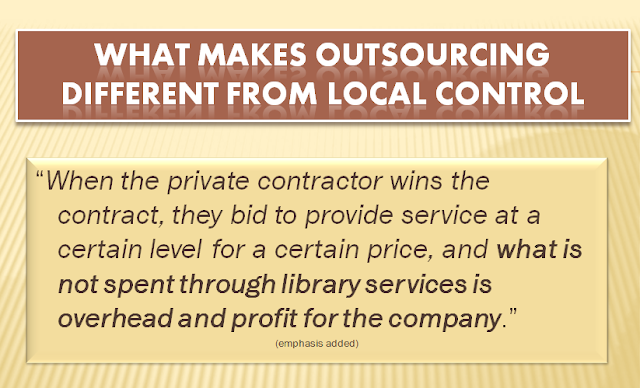 The article concludes with a series of recommendations

In the final paragraph, the author notes that....

What seemed like a stalled trend in early 2010 now appears to be a swiftly growing phenomenon.

Since this article was published in 2012, 4 public libraries have been to LSSI's roster, 3 of them in California.

LSSI's contract with the Sumter County Board of Commissioners took effect on October 1, 2013.  You might find the "budget impact" information enlightening. 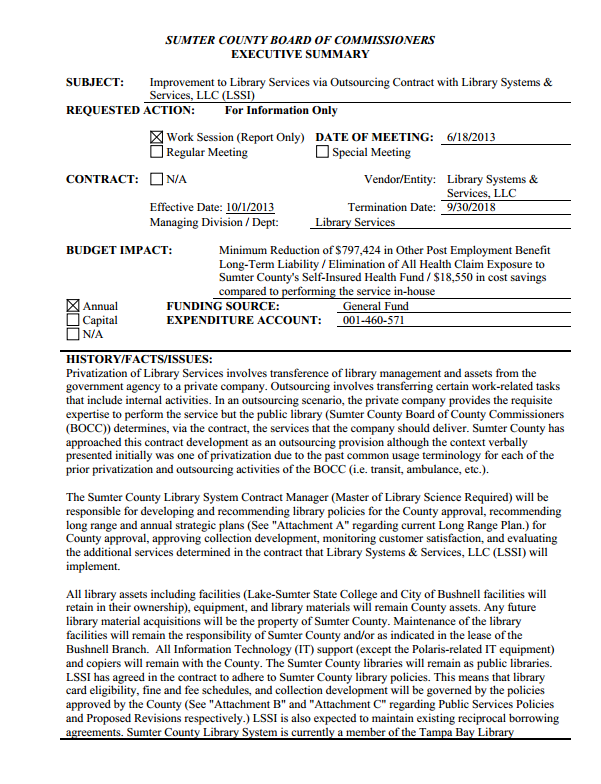