Born in Springfield, Massachusetts, as was my mom.

Writing as therapy.    Dr. Palmer began writing during what he described as the nadir of his life. An internist and former chief of medicine at Falmouth Hospital on Cape Cod, he had become hooked on self-prescribed pain killers and alcohol in the 1970s after a divorce and a series of knee surgeries. In 1978, he was charged with writing false prescriptions, sentenced to two years of probation and had his hospital privileges suspended. 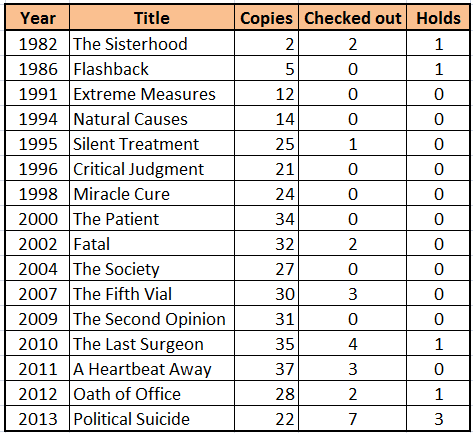