Another 3-Way Race for Governor in Maine in 2014

Hope it goes better than 2010, when Tea Party fav Paul Le Page won with just under 38% of the vote. 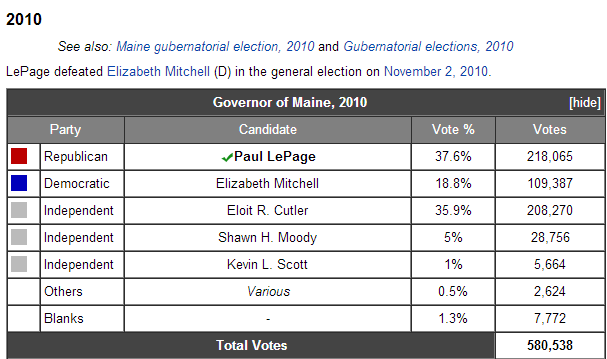 Excerpt: Mr. Michaud faces a three-way contest in Maine. Gov. Paul R. LePage, a Republican with Tea Party backing, is to announce the beginning of his re-election campaign on Tuesday. Eliot Cutler, an independent, is also running. Mr. Michaud has a slight lead in early polling.