Excerpt: Mr. Spiegel’s Citation, a sport-oriented version called the X-11, was not built in North Tarrytown, but in Oklahoma City. The plant location mattered little, though; the cars proved so troublesome that G.M. stopped making them after six years.

That was also true of its corporate brethren, the Buick Skylark, Oldsmobile Omega and Pontiac Phoenix, known collectively as the X-cars based on G.M.’s internal designation. The company’s fledgling front-wheel-drive compacts, introduced for 1980, all suffered myriad problems in their mechanical design and assembly quality. They were recalled repeatedly and incurred customers’ ire. 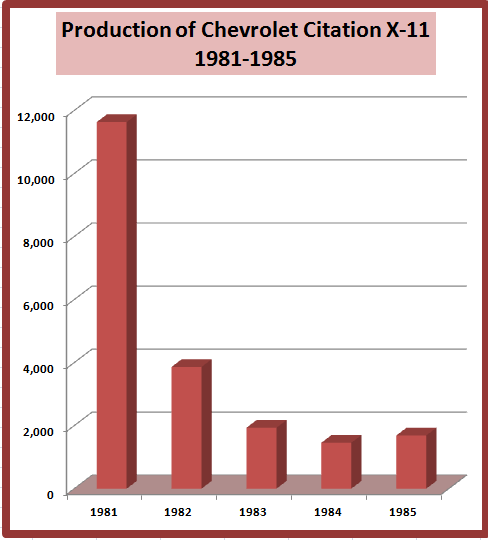