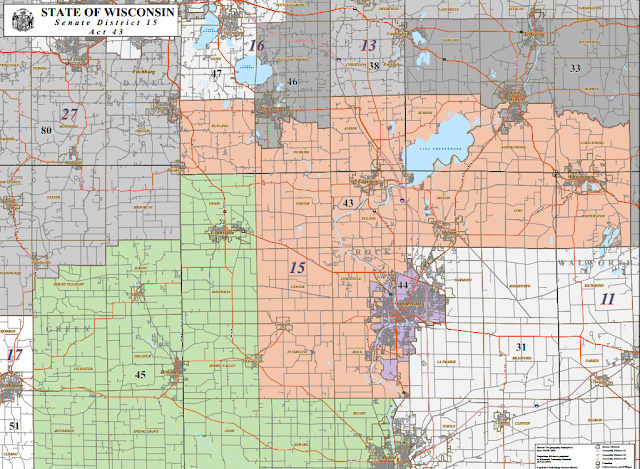 ....the 43rd Assembly District, represented by Andy Jorgenson (D-Milton), who was first elected, representing the 37th District, in 2006.  When redistricting left him out in the cold, he defeated the one-term incumbent Evan Wynn (R-Whitewater) in the 43rd.

Public libraries in the 45th district