The black-and-white photo was taken during the summer of 1953.  The house in the background, a 3-bedroom ranch with attached breezeway, a popular New England feature, and single-car garage, is where my maternal grandparents, Adolph and Christina Luthgren, lived in their retirement.  I remember their having a huge garden in the back yard.

The little guy is the foreground is me.  "Ya gotta a wedgie there, Dad?" my older son wondered when he saw this photo. 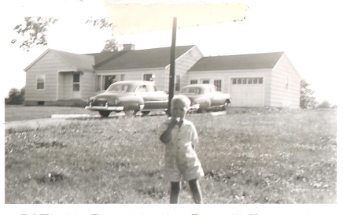 The color photo was taken on September 10, 2013.  I drove past the house twice before realizing that I had found what I'd been looking for.  I assume the breezeway and garage have been remodeled as an all-seasons family room.   As a young boy, I thought the front yard was so big, but then the parsonage in Great Falls, Montana, had no yard to speak of -- front and back.  Nevertheless, it seems as though Parker Street was both widened and slightly relocated at some point in time. 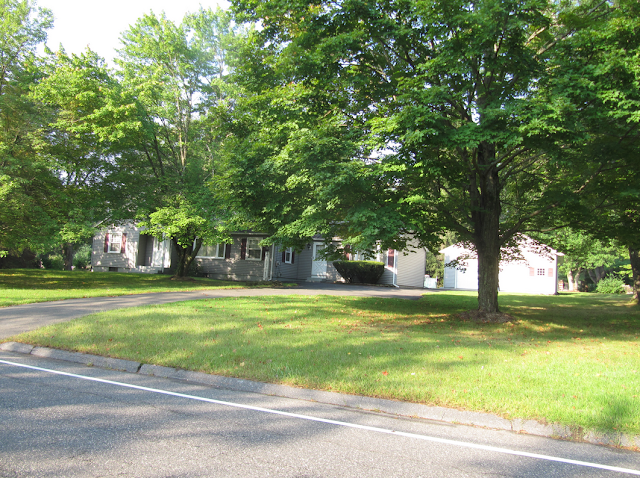