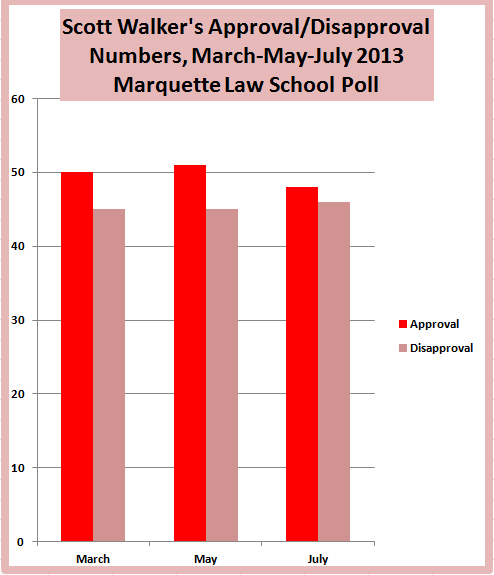 He supposes. "Public Policy Polling is traditionally a Democrat leaning firm so, the fact that even in their polling we're ahead of all the potential candidates I suppose is a good sign."

Excerpt:   PPP's newest Wisconsin poll finds a mixed bag for Scott Walker. His approval rating is completely unchanged from February and voters in the state are closely divided on him, with 48% approving and 49% disapproving. Nevertheless he still leads four potential Democratic opponents by anywhere from 4-7 points.
Posted by Retiring Guy at 7:45 AM