50 Years Ago This Event: The Debut of "Petticoat Junction"

"Petticoat Junction" introduced us to the farm community of Hooterville, which also served as the setting for a spin-off series, the equally successful "Green Acres".  "Petticoat Junction" was the 4th most popular show during the 1963-64 TV season.  (The top 3, in descending order:  The Beverly Hillbillies, Bonanza, The Dick Van Dyke Show.)  It remained in the top 25 during its next 3 seasons and was broadcast for a total of 7 seasons.

"Petticoat Junction" remains a guilty pleasure for me, although I haven't watched an episode for years.  I'm especially fond of Bea Benaderet, whom my Aunt Millie very much resembles, at least in the photo below.  I also thought that Bea was a great comic foil in The George Burns and Gracie Allen Show, one of my all-time favorite TV shows. 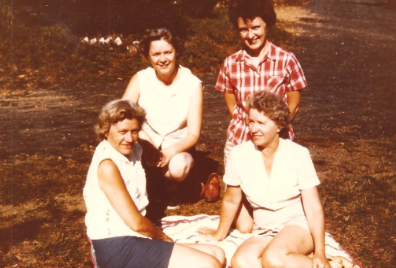