Here's the (Usinger's) Pitch, Dropping In for a Strike

Excerpt:   “Phelps painted the corner,” the Yankees radio announcer said, describing a strikeout pitch. “Painting at the corners is sponsored by CertaPro Painters. Because painting is personal.”

That, baseball fans, is called a drop-in in advertising parlance. Drop-ins have proliferated in recent years as radio stations have tried to offset the rising costs of broadcast rights.

Proliferating to the point of parody.  (That would be sense 2.) 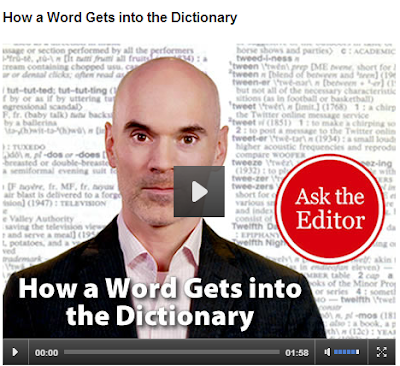 (or a new usage of an existing word)
Merriam Webster

I suspect "drop-in" has already been read and marked by Merriam staff members, though the sense does not yet appear in the online dictionary.

Some video to go with your audio.