Dear Brad Hopp, Helping people find information is not an extra-curricular activity at any library 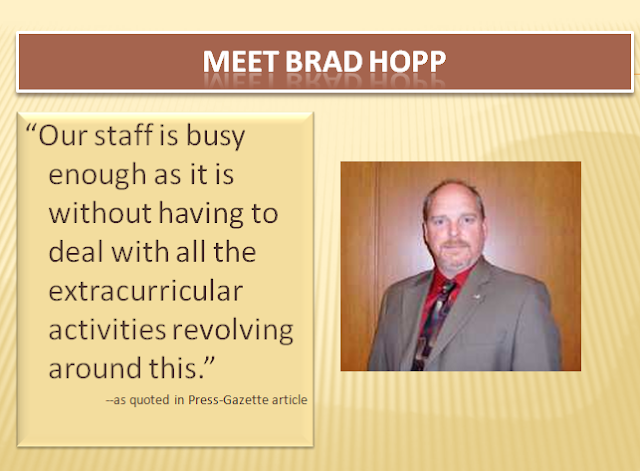 Missouri has taken a statewide approach to this nonsense.

Excerpt: While states like Colorado, Connecticut and California race to offer subsidized insurance to their citizens, Missouri stands out among the states that have put up significant obstacles. It has refused to create an insurance exchange, leaving the job to the federal government. It has forbidden state and local government officials to cooperate with the federal exchange.

It has required insurance counselors to get state licenses before they can help consumers navigate the new insurance market. And, like many states, it has refused to expand Medicaid.
Posted by Retiring Guy at 2:57 PM