"Lord help us if this turns out to be a long labor."

Simon's caustic remarks seem to have fallen on deaf ears in the U.S., as.....

Excerpt:   For the struggling weeklies, the royal baby has become the story that keeps on selling. People, which published the first royal baby cover with the “Royal Baby Joy!” collector’s issue, was expected to sell 1.4 million copies during the two weeks it remained on newsstands, said Larry Hackett, People’s managing editor. He added that it was the magazine’s best-selling issue so far this year.

Look for improvements, i.e., smaller declines, in this column graph next February. 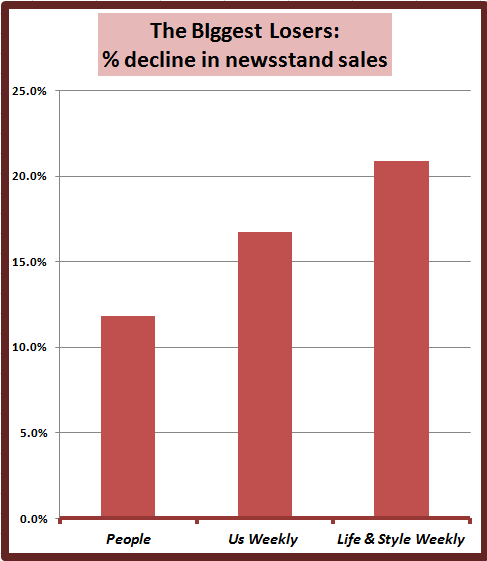