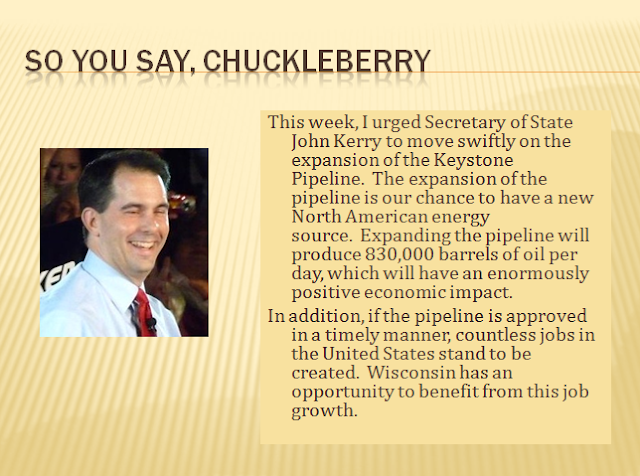 And p[lease give me 3 examples of how Wisconsin will benefit from this out-of-state job growth.

The report concludes that the job estimates put forward by TransCanada are unsubstantiated and the project will not only create fewer jobs than industry states, but that the project could actually kill more jobs than it creates.

If you do a word search for "Wisconsin" in the Perryman study, you come up empty-handed.

Where are the projected jobs? 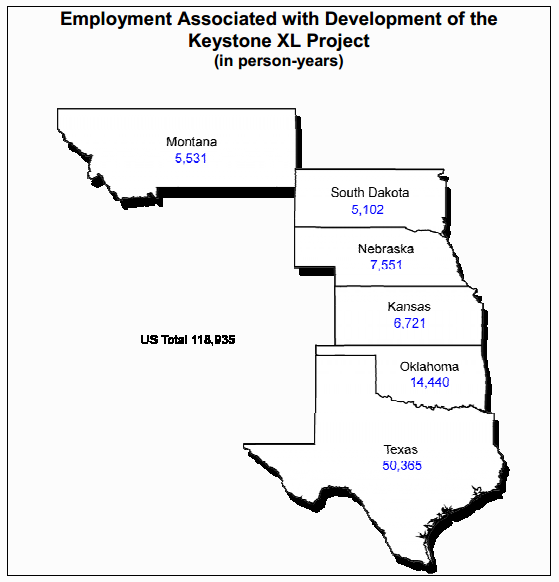 What the Guvnah meant to say was, "Wisconsin residents have an opportunity to benefit from this job growth by moving to Montana, South Dakota, Nebraska, Kansas, Oklahoma, or Texas."
Posted by Retiring Guy at 10:14 PM