Noah Webster is Spinning in His Grave 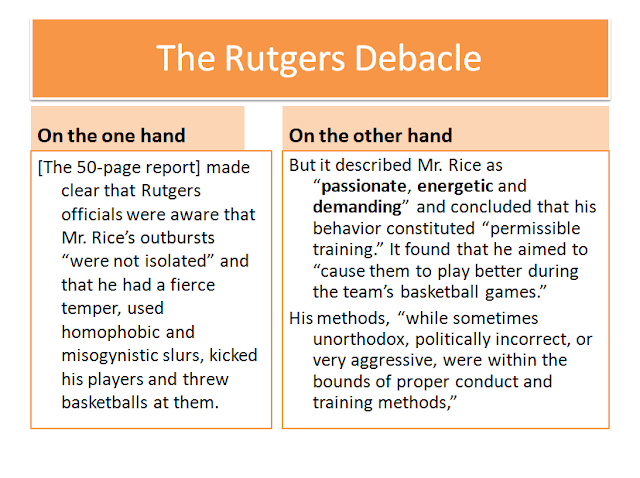 
How about "mindless", "heedless", "unguarded?

As yesterday's New York Times article points out, Mr. Pernetti said he first saw the videos in November, which was the same month he secured a coveted invitation for Rutgers to join the Big Ten Conference, a move that guaranteed national exposure and significant television revenue.

Well, once the conference expands to include powerhouses like Abilene Christian University -Go Wildcats! - everyone will forget this peccadillo.

I hear Grinnell College is ready to join, too. Go Fox Squirrel Hippies!