Reporter Jim Farolie refrains from using the word "progressive" in his article.

Excerpt:  “Elected officials should expect contested elections,” he [Luke Diaz] said. “Nobody is entitled to an office.”

Elsewhere, the Town of Middleton experienced contentious elections this spring, the challengers taking a much less effective approach than their counterparts in the City of Verona.

The City of Middleton, on the other hand, had 4 uncontested council elections this year and 4 last year + an uncontested race for Mayor in 2012.

And then there's Carolyn Hamre of Portage, who won a seat in 2012 on the Portage City Council with 2 write-in votes:  Hers and her husband's. 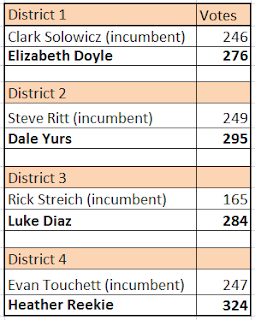 City of Verona, Wisconsin
Coming soon to this site:  4 new faces
And the first time in 10 years that the council won't be all male. 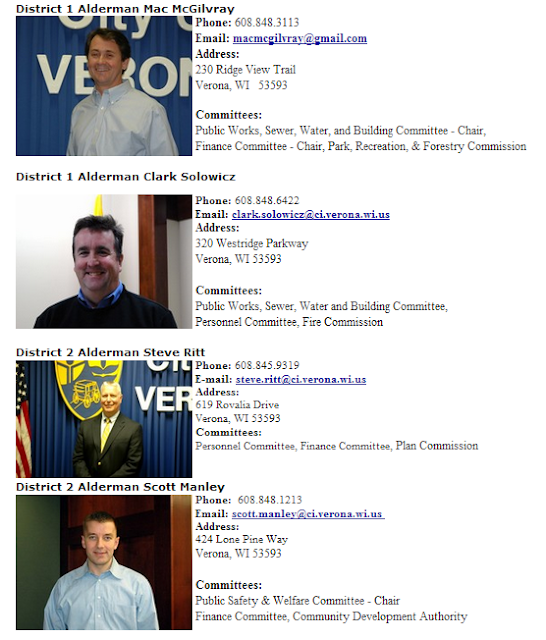 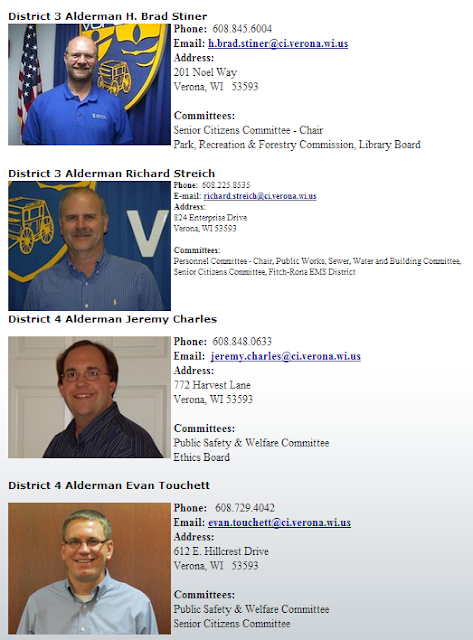