This is obviously a matter of concern to the library community, one which we will continue to follow closely, as these statewide library programs are funded through the USF, a segregated revenue fund.

SIDEBAR:  Where does the money come from?

The Wisconsin Budget Project provides this general overview of revenue sources, using the 2009-11 state budget as an example. 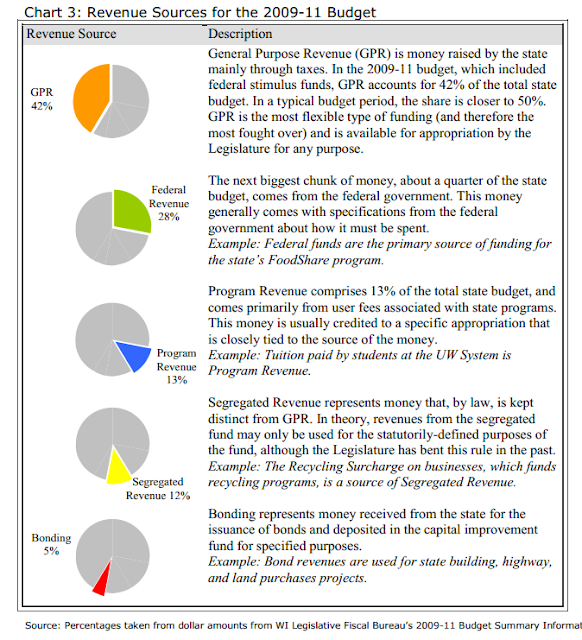 Our position on the Universal Service Fund and Statewide Library Service is as follows.  (Issue paper, which will be included in Tuesday Library Legislative Day packet, is found here.)

In addition, WLA and WEMTA believe that the Universal Service Fund is an equitable and sustainable source of funding that supports a critical network of statewide library services.


SIDEBAR:  Here are the 6 general steps in legislative audit process in Wisconsin

You'll note that the Wisconsin CALLS/WSTA letter omits step 1 and directly asks the Governor to require a Legislative Audit Bureau review of USF.

In the event of an audit, it will be critical for us to provide the framework for a positive discussion e.g., emphasizing the larger issue of the multiple benefits that accrue to Wisconsin residents through these programs rather than focusing on the smaller issue of how these programs are funded.

As indicated by the steps listed above, there will be sufficient time to work the Legislative Audit Bureau staff and members of the Joint Legislature Audit Committee during the period of time when the USF is under review.


This is not the first time the issue of USF funding has been raised.

Then, as now, Cowles and Kerkman serve as co-chairs of this committee.  At that time, the committee chose not to direct the Legislature Audit Bureau to conduct a review of any of these 4 specific programs

On January 30, 2013, using some of the same language in the Sherwood letter, Wisconsin CALLS and the Wisconsin State Telecommunication Association (WSTA) sent a letter to Governor Walker [see Exhibit B below] requesting that two items be included in the 2013-15 biennial budget. 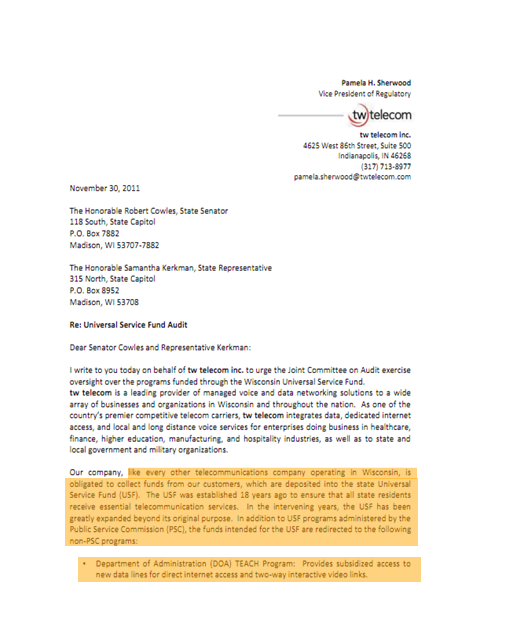 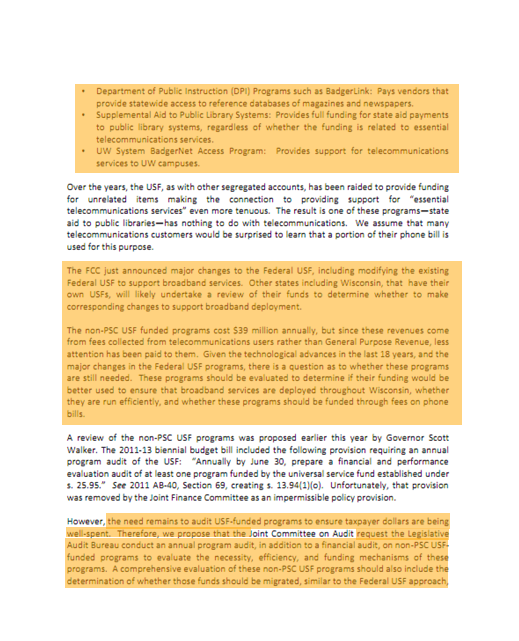 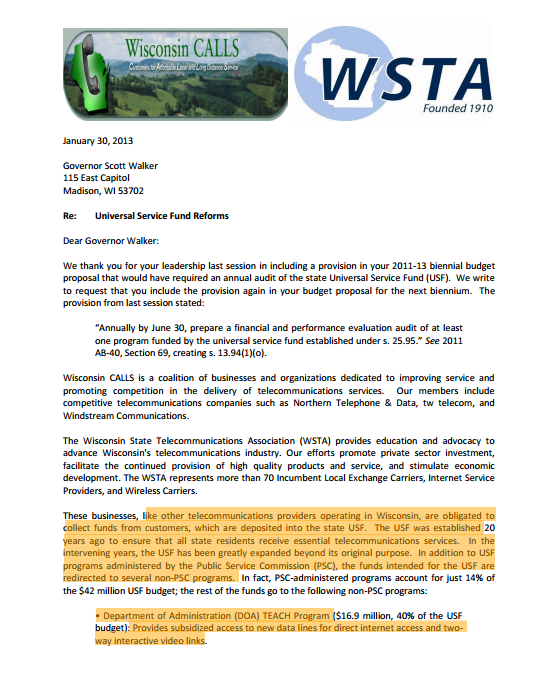 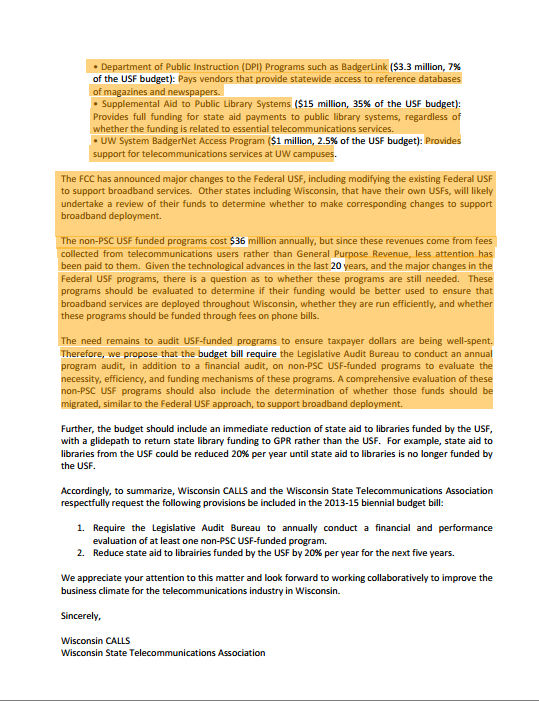 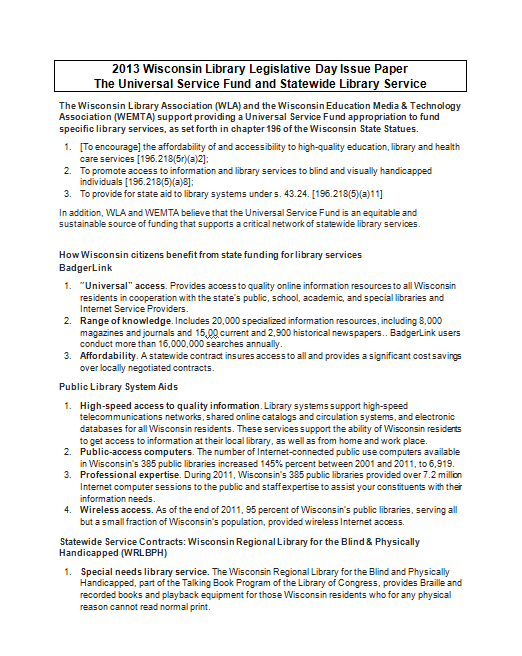 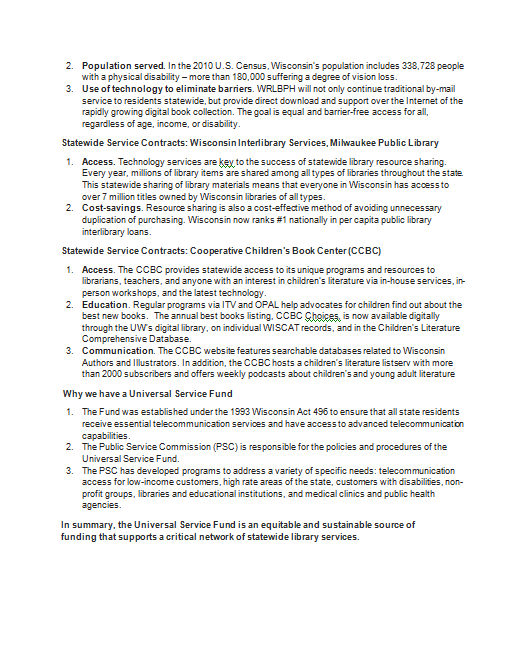