Rupert Murdoch Continues to Flog* "Won't Back Down" 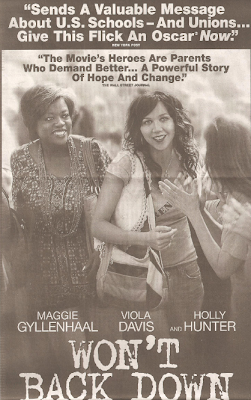 The quote at the top of the ad is from a 10/8/2012 New York Post editorial -- not from a review of the movie.  The Post is owned by Rupert Murdoch, who helped bankroll Won't Back Down.

I'm sure there's no conflict of interest here. 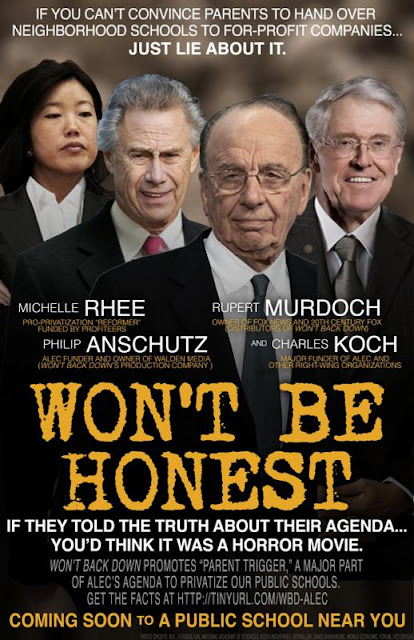 And how is the movie doing at the box office?

No wonder the Regal Crown Club is offering a "buy one ticket, get the second ticket free" promotion!

Labels: Won't Back Down