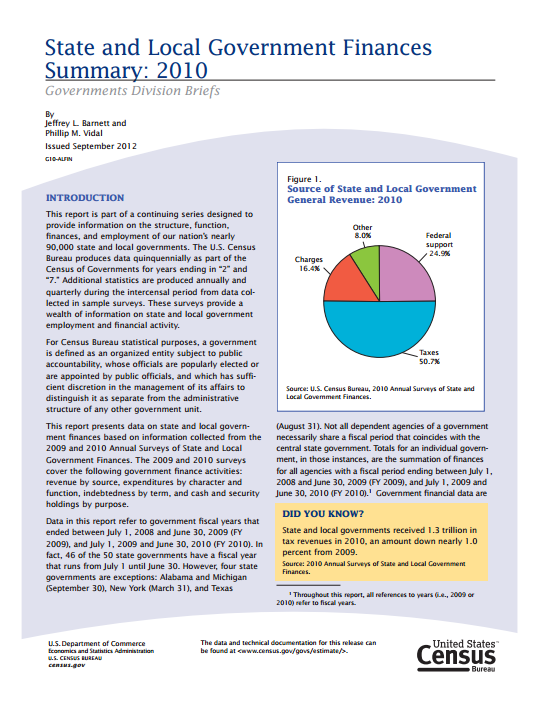 Page 1 of U.S. Census report , referenced in the WBP post


9
Total state and local taxes when measured as a percentage of personal income.


15
Total state and local taxes when compared on a per capita basis.

Excerpt:   Our state always ranks much higher in taxes than in total General Revenue because we rely less on charges and fees and receive less federal funding than most other states.  (Wisconsin ranked 42nd in federal aid to state and local governments per capita in 2007.)

32
Also from the report.  Wisconsin ranked 32nd nationally in both of those revenue sources (measured relative to income).

Taxes and other charges/fees?

Total general revenue?  (My "Trivial Pursuit" gut feeling, but you know what always happens when you think about the question for too long.)

I'm waiting to hear back from Jon Peacock.

Whatever the case, the point is that when considering all revenue sources, Wisconsin's ranking drops to somewhere in the middle, as shown by this 2010 Wisconsin Department of Revenue report, "2006-07 State and Local Government Tax and Revenue Rankings". 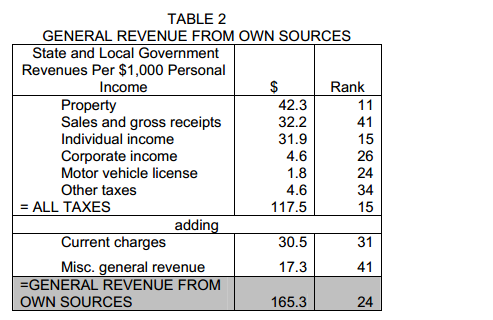 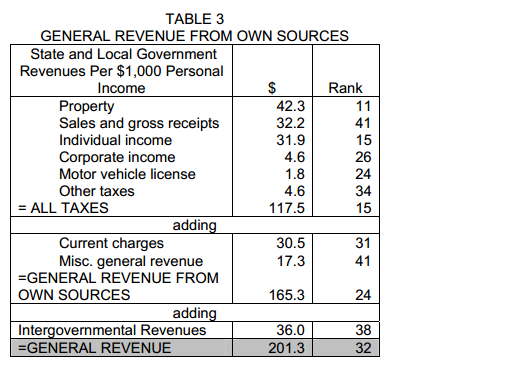 Hey, there's that "32" again.  (This was also my son Andy's jersey number for high school baseball and basketball.)