Roy Hoffman asks, "How many Prichard residents read the newspaper?" 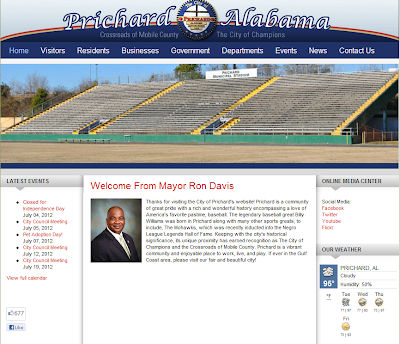 Excerpt:   I was recently covering a story in nearby Prichard, Ala., a town of 23,000 people [a 21% decrease since 2000; 86% black] with 36 percent of them beneath the poverty line; it made national news last year when it was too broke to pay pensions. In casual conversation I asked the police chief, a forward-looking official who carries both a gun and an iPad, what percentage of the town has Internet access. He figured 25 percent.  [Emphasis added.]

How many Prichard residents read the newspaper itself? Far more than subscribe, I’d hazard to guess. I’ve written many stories about people and places in that community, and I know how papers get passed around at the barbershop, the church social, the front porch.

Countless folks I’ve profiled in my home state have been old, poor or seen as marginal; they live down rural lanes or speak English as a second language. Yet they clutch the paper when it’s in their hands. They are hungry, too, for news of their community, town, state and nation seven days a week.

Prichard poised to vote on deal that could see payments resume to pensioners.  (Mobile Press-Register, 5/11/2011)


No links
No online catalog?
Listed as independent library here. 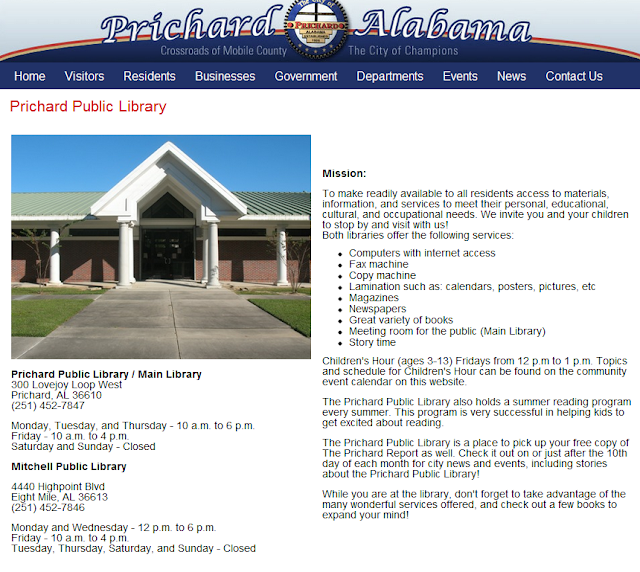