Hot Off the Press: Report of the State Budget Crisis Task Force 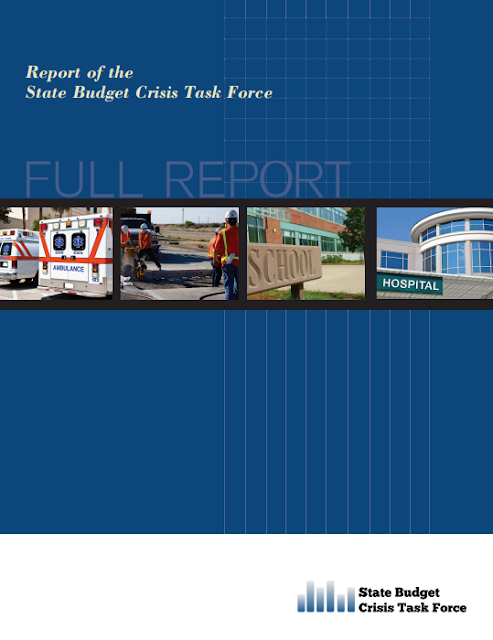 Links to full and summarized reports

To understand the threats to fiscal sustainability, we examined six states - California, Illinois, New Jersey, New York, Texas, and Virginia—in depth. While all states are different, these states reflect important geographical and political differences within our country. They account for more than a third of the nation’s population and almost 40 cents of every dollar spent by state and local governments. All six states face major threats to their ability to provide basic services to the public, invest for the future, and care for the needy at a cost taxpayers will support.

While the study states differ along many dimensions, including politics, policies, economies, and demographics, they share many problems, including these six major fiscal threats:


About the Task Force

Former New York Lieutenant Governor Richard Ravitch and former Federal Reserve Board Chair Paul Volcker created the State Budget Crisis Task Force because of their growing concern about the long-term fiscal sustainability of the states and the persistent structural imbalance in state budgets, which was accelerated by the financial collapse of 2008.

After extensive planning and fundraising* in 2010 and early 2011, Messrs. Ravitch and Volcker recruited a board of individuals with extensive and varied careers in public service and public policy. The Task Force was officially launched in April, 2011.

In addition to the co-chairs, the board of the State Budget Crisis Task Force includes these members:

*Based on a quick background check of the names listed on the Acknowledgments page, I'd say that the  foundations who contributed to this task force reflect a variety of ideologies. 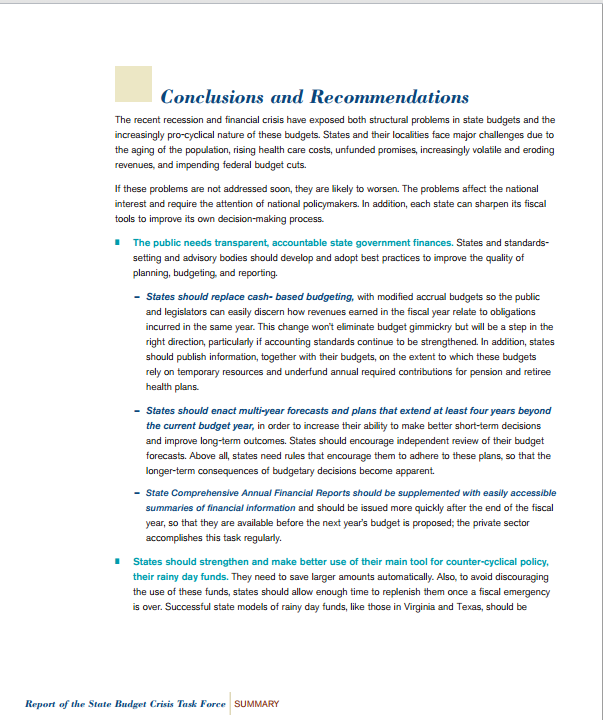 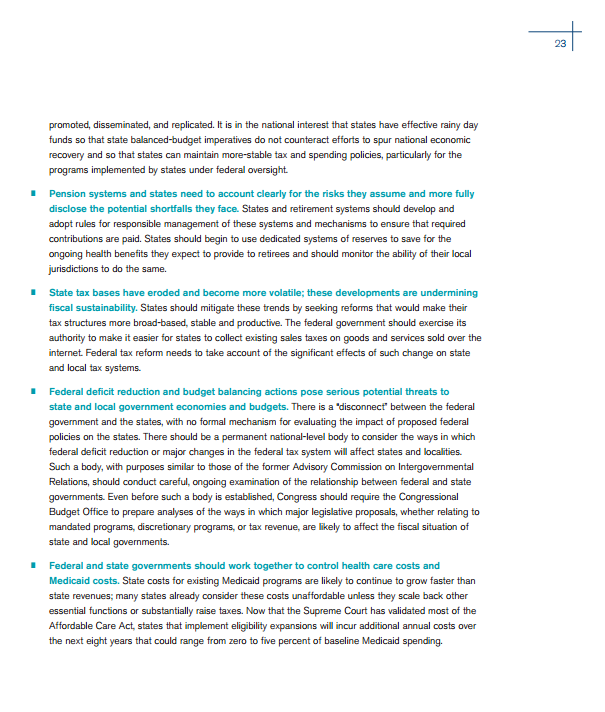 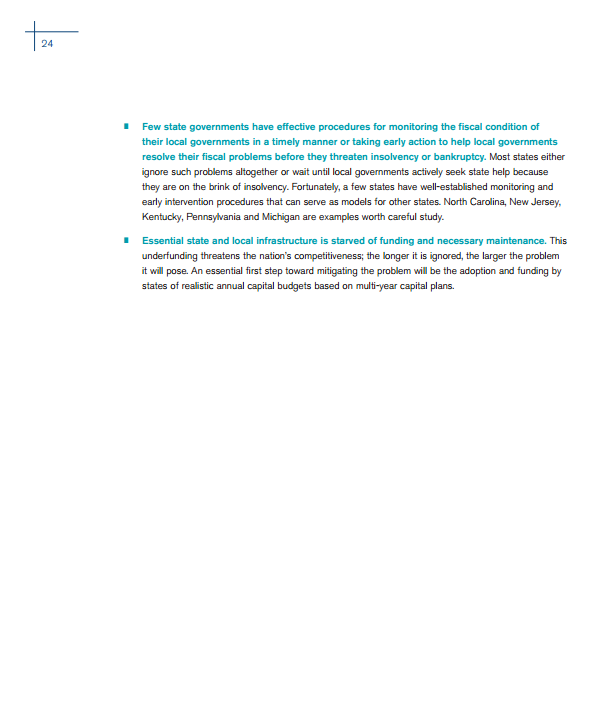