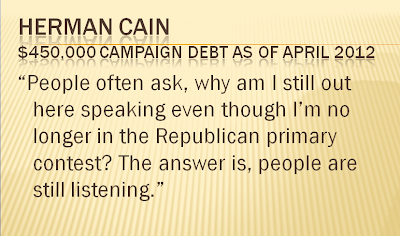 After Primary Losses, Legacies of Deb and Strained Reputations.  (The New York Times, 5/3/2012)

Excerpt: Similarly, Herman Cain, a businessman who briefly led the Republican pack before falling back amid reports of an extramarital affair, is still drawing crowds.

Excerpt:  Cain would doubtless welcome being anointed as a prophet. Failing that, a
might be the perfect consolation prize. But since nothing lasts forever, he would do well to manage his expectations, according to former Massachusetts governor Michael Dukakis, who lost the 1988 presidential race to George H.W. Bush.

“Make sure you’re ready for reentry,” says Dukakis. “Always anticipate the return to your previous life.”  ('Rearranged' by RG) 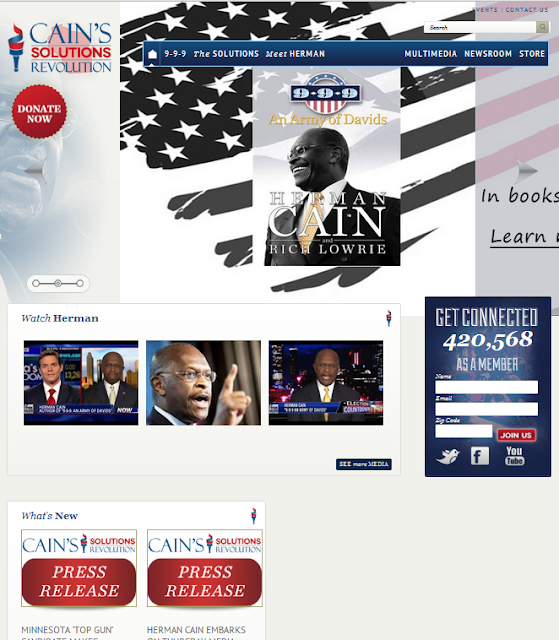